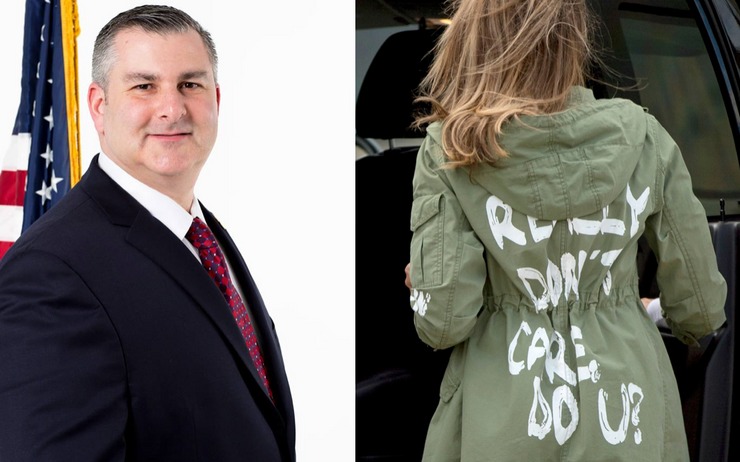 Early Saturday morning HudPost received another photo of Joseph Mocco, former township clerk who was sent to prison for official misconduct and illegal dumping, in front of the Larry Wainstein’s official headquarters.

In an earlier response, Larry’s spokesperson skirted Mocco’s involvement, “At the time of his [Mocco] arrest…Larry Wainstein was 14 years old.”

In a brief telling response Wainstein’s spokesperson replied with a simple “Who cares?” when we attempted to ask for clarification on whether Mocco is officially working with Wainstein’s camp.

It seems that Larry is done answering questions about the former township clerks involvement, and wants to stick to what he calls the “real issues in this campaign.”

So when it comes to Mocco/Wainstein- who cares?

Wainstein-Mocco-Sacco: Who’s the man in the middle?