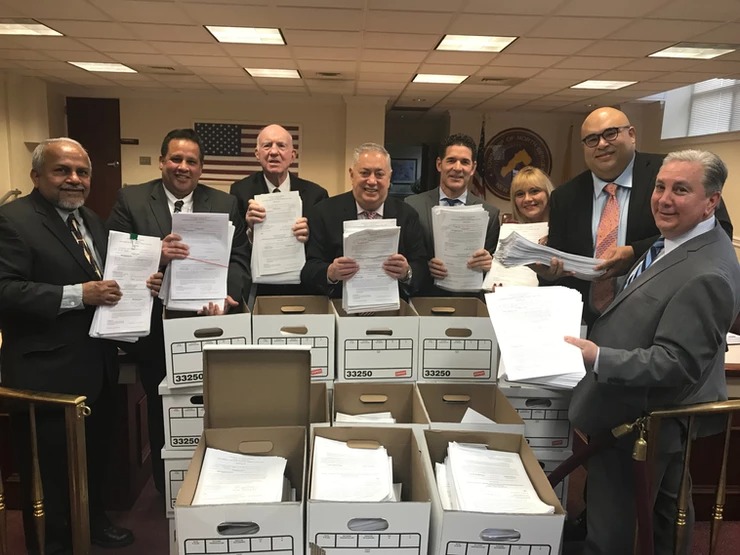 In case there was any thought of Sacco’s support diminishing in North Bergen, the incumbent mayor and his team filed their nominating petitions for the May nonpartisan election today. Sacco collected over 10,000 petitions in what the township claims is a “record-breaking number” in North Bergen.

“The Sacco Team has collected 10,492 signed nominating petitions in all, adding to a total count of 52,460 signatures between its five candidates, a breathtaking total that has never before been seen in the municipality known for spirited local elections,” says Sacco spokesperson Phil Swibinski. “The campaign will continue to collect additional signatures until the filing deadline on Monday.”

“This outpouring of support from all over our community is a testament to the hard work our team has done not just in the last month gathering petitions, but in the last four years building on our past success and continuing to lead North Bergen forward,” said Mayor Sacco. “I am honored to receive this unprecedented level of support and I thank each and every one of the residents who signed our petition and agree that we must continue moving North Bergen forward.”