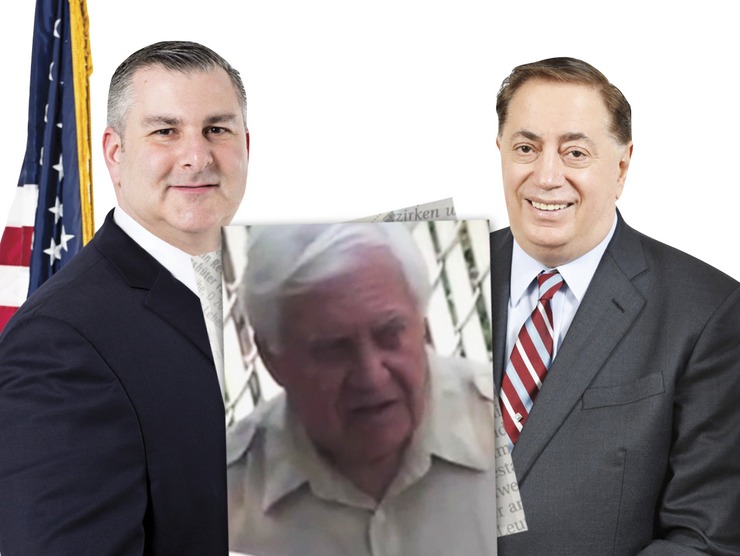 For the average HudPost reader, Nicholas J. Sacco has been the only North Bergen mayor you know. George H. W. Bush was president of the United States the last time North Bergen was in the hands of different leadership. Even then, Sacco served on the board of commissioners.

So why are we telling you this?

Because, believe it or not, there was once a different mayor – one of the more “recent” being Peter Mocco. Someone you may know for developments in Jersey City such as Zeppelin Hall, rather than political history in North Bergen.

Peter Mocco was the mayor of North Bergen from 1971 to 1979, but it’s his brother, Joseph Mocco, who was touted as being the political mastermind behind it all.

Or so the legend goes…

Peter Mocco was beat by Anthony DeVincent in the 1979 North Bergen election. But, by 1983, the township was in dire shape. For example, a state report said that the township had overspent its budget by $2.3 million, and labeled the township as having “gross failure of management.”

This is when then the Sacco-Mocco connection takes place. Joseph Mocco, the driving political force, formed a successful recall movement against DeVincent in 1985. Leading Mocco’s handpicked, winning ticket was Leo Gattoni, who became the mayor, and a school principal by the name of Nicholas J. Sacco.

On August 7, 1986, the walls came tumbling down on Joe Mocco. He and nine others were arrested on charges of illegally dumping tons of construction debris from New York on sites in North Bergen, North Arlington and Newark.

Mocco was found guilty of second degree conspiracy to commit racketeering, second degree bribery, and official misconduct. He was sentenced to twenty years in prison and fined $200,000, ordered to make restitution in the sum of $56,300, and assessed a total Violent Crimes Compensation Board penalty of $90.

While Mocco was in prison, Sacco became mayor after the 1991 election. But now Larry Wainstein seeks to replace him… or is it Joe Mocco?

In the early 2000s a young fellow by the name of Larry Wainstein purchases Tonnelle Liquors, in the K-Mart on Tonnelle Avenue, in North Bergen. He bought the store and the liquor license from John Stalknecht, who was an aide for North Bergen Commissioner Frank Gargiulo.

But there was one thing Wainstein didn’t know.

During the time of the purchase, North Bergen reached a deal with a developer of the retail space where Tonnelle Liquors was located. The deal was for them to first build a new shopping center and replace the existing location with what is now Home Depot.

“I had no knowledge of a plan being in place. You would think that someone would let us know,” Wainstein is quoted in the 2004 Hudson Reporter article covering his lawsuit against the township.

And so begins the infamous Wainstein-Sacco feud.

Fast-forward to 2019, and “Mocco is a presence at Wainstein headquarters” is all over your social media newsfeed…(or just us?)

Wainstein refutes the notion that the infamous political leader Joseph Mocco has any official connection to his campaign. (But, he does; we can confirm.)

However, these claims go back as far as 2015. Remember the Shady Bunch video?

Or the time that Wainstein-backed, BOE candidate Jose Canonico said that Joe Mocco has “consulting value” and has “helped us a lot.”

In May 2019, voters will decide if Wainstein can casually cohort with a character such as Mocco or not.