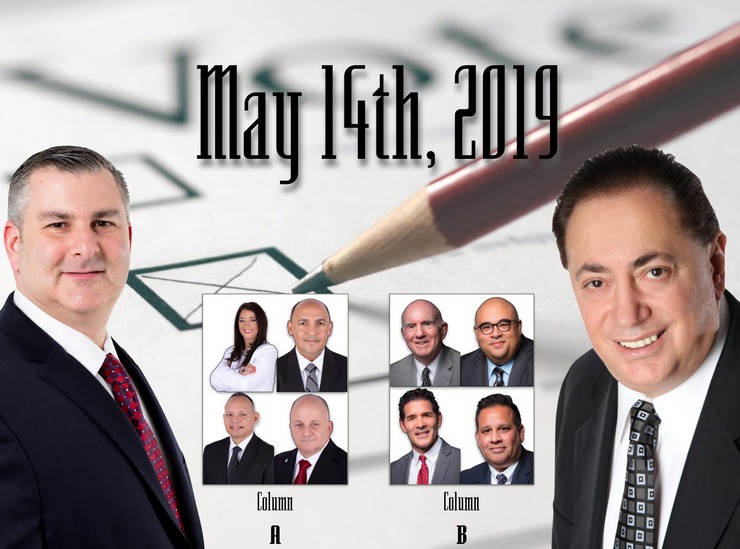 North Bergen, if you haven’t noticed it’s Election Season. No, it’s not November, but our local elections matter – and that’s why we’re putting together this piece to help keep you and your neighbors informed about what’s going on with the North Bergen Board of Commissioners race.

Though the race is considered a mayoral contest between the incumbent, Nicholas Sacco, and challenger Larry Wainstein, North Bergen is governed by New Jersey’s Walsh Act – which is a nonpartisan form of government. In simple terms, that means we elect commissioners who then vote amongst themselves to decide who will be mayor.

Who will be on the ballot?

Since 1991, Nicholas J. Sacco has served as North Bergen’s mayor and is seeking his 8th term (but who’s counting?). His running mates seeking to be reelected as commissioner, in alphabetical order, are Hugo Cabrera, Frank Garguilo, Julio Marenco, and Allen Pascual. All five are running under the “Leading Our Community Forward” slate.

He’s ran and lost, including the last election in 2015. Board of education tickets he’s supported have been defeated by not only Sacco, but also independent candidates. Yet he keeps on fighting, so one thing you can’t call businessman Larry Wainstein is a quiter, or scared to take on a seemingly impossible challenge. Running on the “Our town. Our Time.” slate with Wainstein is Juan Almanzar, Franklin Fabre, Diana Ortiz, and Alcides Siri.

The When, Where & How (to register to vote)

You must be a North Bergen resident, 18 years old or older. You must be a registered voter with the Hudson County Clerk’s office.

The Issues that matter to North Bergen

The top three issues for voters to consider are a proposed power plant in the Meadowlands marsh area of North Bergen, the voter-approved Schools Realignment Plan, and, of course – property taxes!

This page will be updated until election day.

Candidates for Assembly call out Sacco for indecision on marijuana legalization