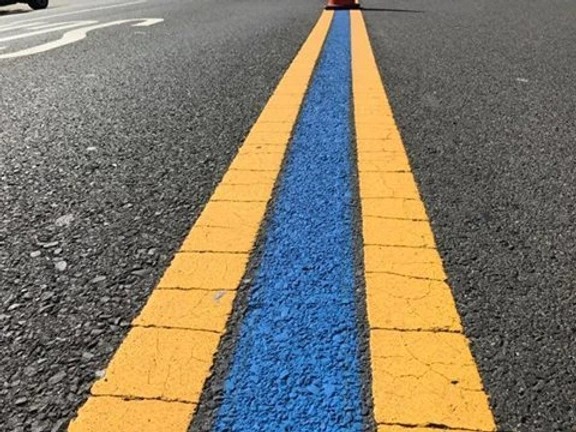 Today, Hudson County joined with many other counties and municipalities across the nation to paint a blue line in support of police.

“We painted a thin blue line on Kennedy Boulevard in front of Town Hall and North Bergen High School to show our appreciation for the men and women of the North Bergen Police Department and all law enforcement officers around the country for their selfless commitment to protect our community,” proclaimed North Bergen Mayor Nicholas Sacco.