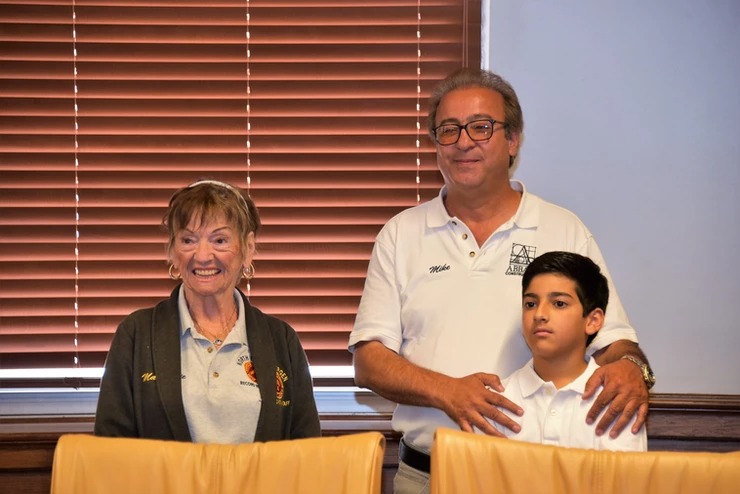 Two civilians were honored by the Policemen’s Benevolent Association (PBA) for their contributions and commitment to North Bergen and its residents, in a ceremony at NBPD headquarters on Tuesday, July 10, 2019.

Marie Bourbon and Mahmoud “Mike” Abbasi were both presented with Silver Honorary Lifetime Membership cards – the highest honor the State PBA issues to civilians. Bourbon has been a dedicated employee of the township for more than 30 years, while Abbasi is a local builder who continuously reinvests in our community, and who last year purchased and donated thousands of dollars of toys for the Police Department to distribute to needy families during the holidays.

Mayor Nicholas Sacco presented the cards, offering his thanks and congratulations to the recipients. Det. Constantinos Apostolakos served as emcee, with a large crowd of police officers, public employees, family, and friends in attendance.

Also receiving a card is Michael Pallotto, who was unable to attend the ceremony and will receive his card at a later time. As president of the Buoncammino Society, Pallotto has repeatedly been exceptionally generous in his support of the Township Toy Drive and PGA Children’s Holiday Party.

Each PBA local is allowed only two cards per year, which must be voted on and approved by state committee. Two of the three cards being presented are from 2019 and one is from last year.