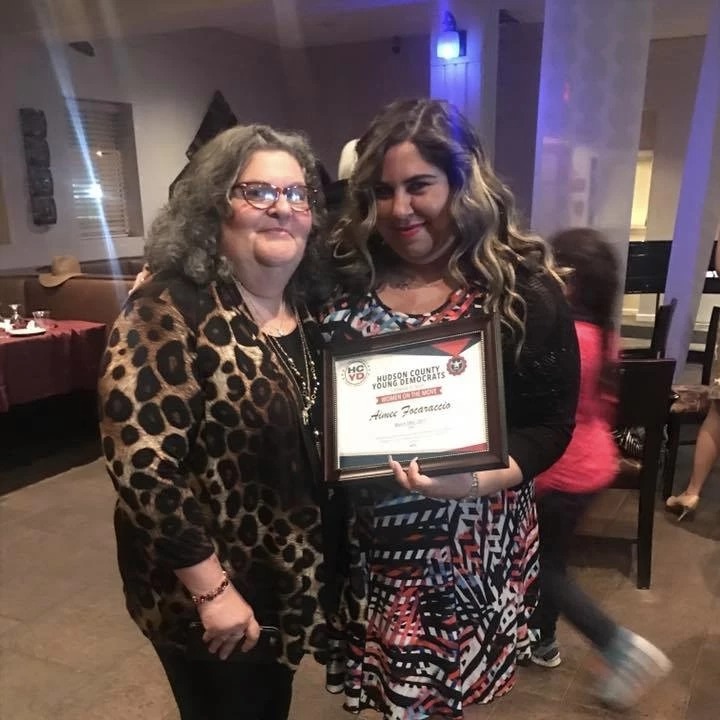 The Hudson County Young Democrats (HCYD) held a “Women on the Move” awards ceremony to honor young females who have played an important role in the County. North Bergen resident Aimee Forcaraccio was one of five woman honored at Lido Restaurant in North Bergen.

Forcaraccio runs the NB C.A.R.E.S program which stands for North Bergen Community Assistance Relief Events and Support. The program was created to aid residents that have “been temporarily or permanently displaced with food, clothing, or additional resources.”

“I am not one of the type of people that like to be in the spotlight,” humbly said Forcaraccio during an interview with Hudson County View. “But, I am thankful and grateful for them (HCYD) for recognizing me and these other honorees for all the things we do, whether behind the scenes or on the front lines.”

Four others were honored during the event – Jessica Berrocal-Abdelnabbi of Jersey City, Natalia Novas of West New York, Katie Brennan of Jersey City, and Diana Gonzalez who is the Millennial Outreach Director of Phil Murphy.