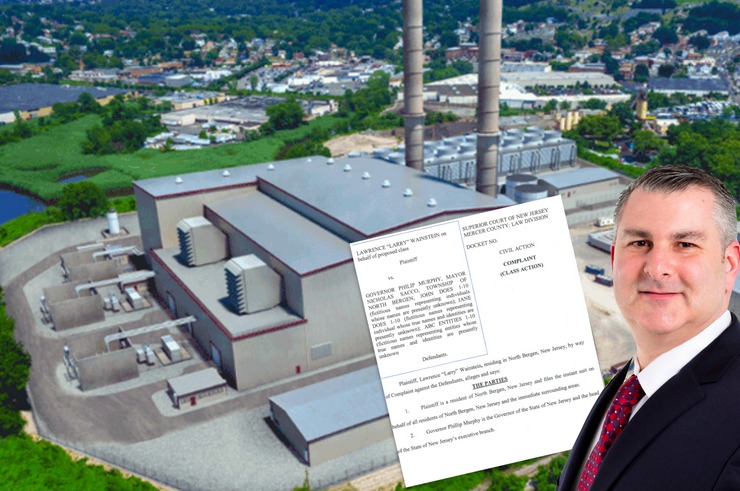 Wainstein is asking the court to stop the construction of a power plant in North Bergen that will provide electricity to New York City.

The action cites Murphy’s Executive Order 23, which states that “low income communities and communities of color have been exposed to disproportionately high and unacceptably dangerous levels of air, water, and soil pollution, with the accompanying potential for increased public health impacts.”

“The health, safety, and welfare of residents must be the number one priority of elected officials,” Wainstein said, “Here in North Bergen, Sacco considers the lives of residents expendable. A huge out-of-state power company gets a 30-year tax abatement, while our community which is 80% Hispanic, like myself, gets more toxic pollution.”

The lawsuit notes that Murphy is a staunch ally of Sacco.

“Sacco is a bully and a coward. He abuses women who rebuff his sexual advances by leaving them threatening and obscene voicemails,” Wainstein continued, “Now he wants to build the power plant less than a mile from a new high school he is proposing. It’s disgusting.”

Wainstein called on Governor Murphy to answer the call of the people and join him in opposing the power plant.

“Executive Order 23 is Governor Murphy’s own words. He explains exactly why this power plant hurts communities like North Bergen. I hope that the Governor will do the right thing and join the vast majority of North Bergen residents in opposing this pollution spewing power plant,” Wainstein concluded.

Candidates for Assembly call out Sacco for indecision on marijuana legalization