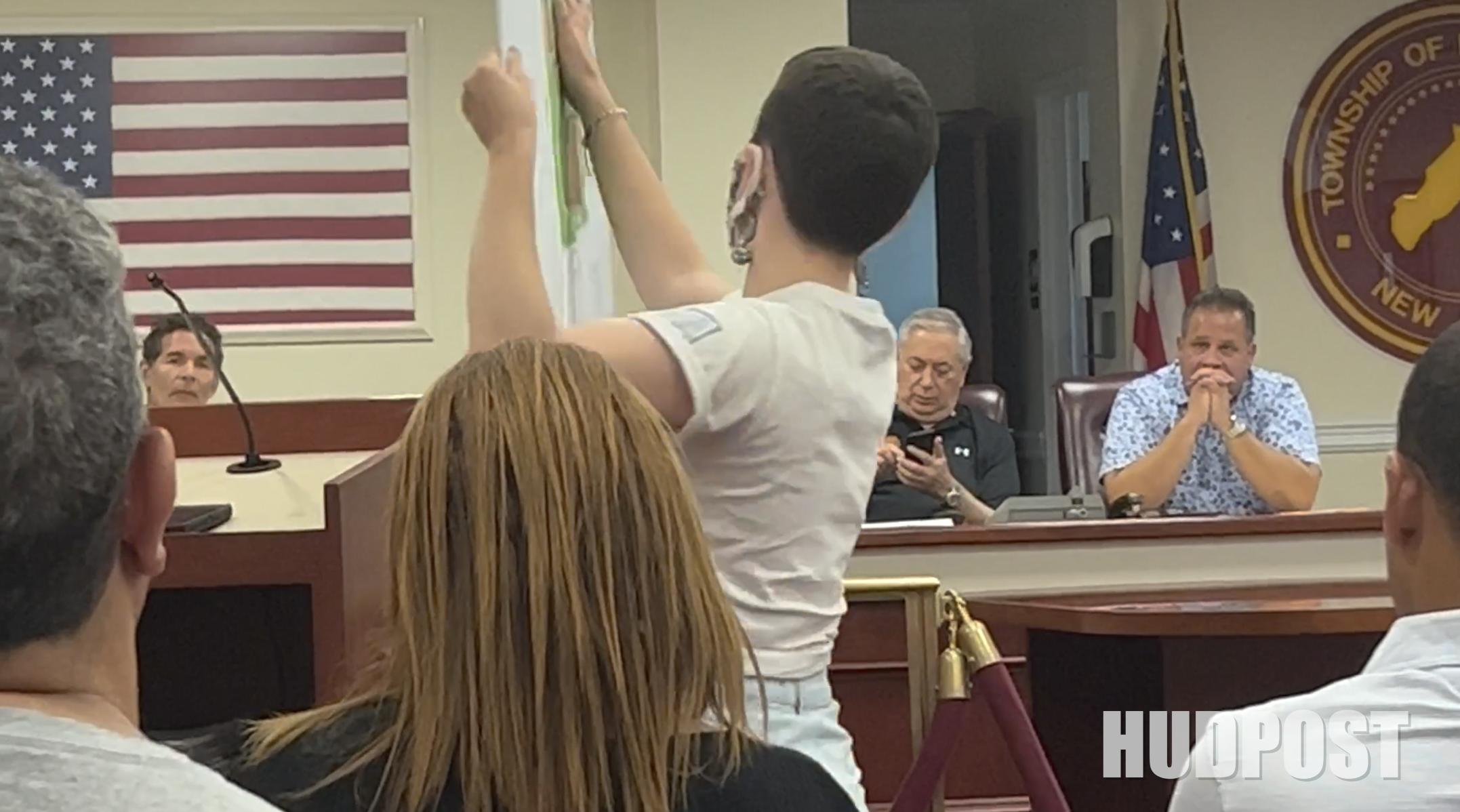 It is the job of the local officials to attentively and respectfully listen to their constituents; however, that did not seem to be the case on Thursday, July 22nd. During an “emergency meeting,” North Bergen Mayor Nicholas Sacco could be seen scrolling through his phone during the majority of a North Bergen resident’s comments and presentation regarding the removal of renovation at 46th street park. Commissioners Julio Marenco and Hugo Cabrera were also shown in a video clip ignoring the concerned citizen using their smartphones during her presentation.

The founder of NB Earth Talks, a community-based environmental conservationist organization in North Bergen, made several proposals during her 5-minute presentation. The founder and environmental activist proposed to have eight trees remain in the park, not pave over the green space for parking on 46th, and other improvements. The removal of said trees and grass area is to make space for parking.

The environmental activist and her organization suggested adding a machine for free 4-hour limit parking from 8 am to 10 pm. Another request was to improve the baseball field facility.

Nicholas Sacco, who has been mayor for over 30 years, was on his phone before his concerned citizen even began talking and continued to during most of her comments.

Commissioner Hugo Cabrera interrupted the resident in the middle of her address. After she answered her question, he murmured with Sacco. Immediately after, Commissioner Julio Marenco cut-offs the resident during her allotted time.

After the interruptions, 83-year-old Commissioner Frank Gargiulo gets up, leaves during the resident’s speaking time, and returns a minute later. During that time, Mayor Sacco made side comments and jokes to Commissioner Gargiulo during her public comment. When Gargiulo, who has been serving as North Bergen’s Public Works Commissioner for over 33 years, returns to the room, Sacco is seen making remarks to Cabrera. The video then zooms out and shows the mayor and his two commissioners on their phones, disregarding their constituents.

The meeting time or minutes of this board meeting was not posted or announced to the public on their official website or social media.

The elected officials seemed to listen attentively to residents that spoke in favor of the plan to remove the trees and grass area.

“This is certainly not the first time they’ve been disrespectful to me and refused to listen or comprehend what’s at stake for North Bergen in the climate crisis,” said the concerned citizen.

Honoring the 201st Independence Day of Peru at Town Hall