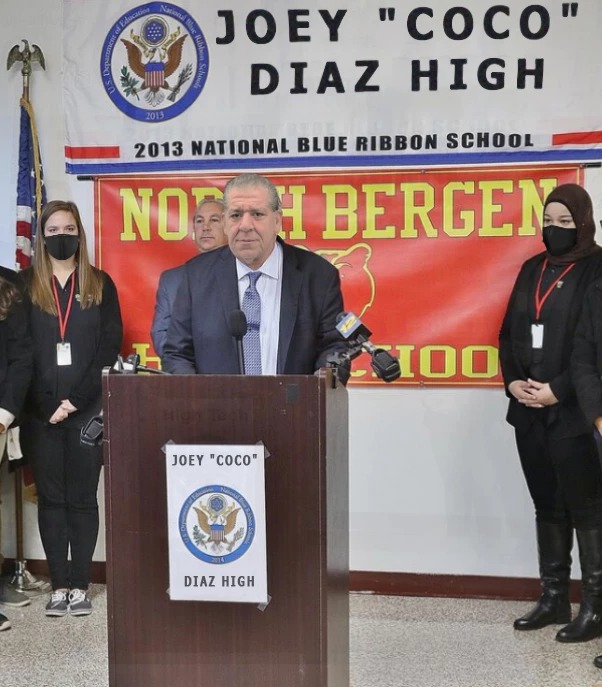 A North Bergen school will be renamed in honor of actor/comedian Joey Diaz.

The school will officially become Joey “Coco” Diaz high tomorrow at a ceremony as 10 a.m. in front of the school at 76th Street and Kennedy Blvd.

Diaz, 58, attended the school after his family fled Cuba, said that the renaming is “tremendous”. As the day drew closer, Diaz said he began thinking back to being a young Cuban immigrant who could not speak English.

“When he was a resident, the streets were always clean…if you know what I mean,” says North Bergen Mayor Nicholas Sacco. “Great job by HudPost, who has always had the best Aprils Fools jokes. This one might have beat last year.

The renaming the school was unanimously approved by the North Bergen Board of Education, which is headed by HudPost and a few guys from midtown North Bergen.

A Talk with Artist Ray Arcadio