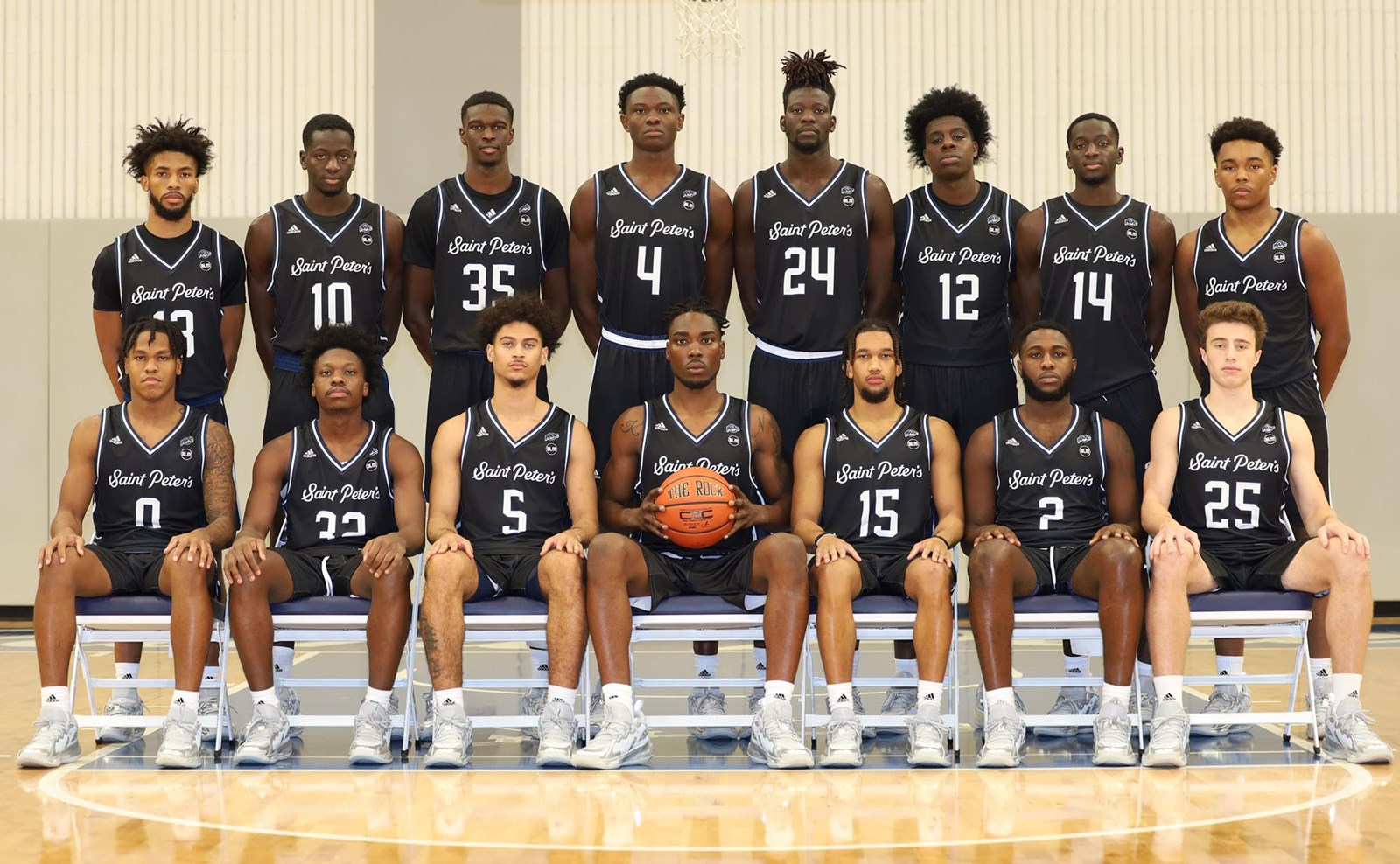 “I’ve got guys from New Jersey and New York City.  You think we’re scared of anything.”

The nonchalant words of a wise Shaheen Holloway, the head coach for the Saint Peter’s Peacocks, who has orchestrated a historic run into the Sweet 16 defeating a national collegiate basketball powerhouse, Kentucky, and a rising basketball program, Murray State.

And as a fellow New Jerseyan, it is only right to respond with a “FACTS!”

I'm cracking up about how the commentators keep acting surprised that @PeacocksMBB don't seem scared of this moment. Of course they're not scared. These guys have to cross Kennedy Blvd every day. That is way scarier than this game.

With the opportunity to cement their legacy in the pantheon and royalty of college basketball as the lowest seed ever to advance into the Elite 8, Saint Peter’s face their toughest task ahead on Friday when they meet No. 3-seeded Purdue in Philadelphia.

But this is the foundation behind a “Cinderella” story.  This is a “David v. Goliath” piece.  Because who would have thought that a private, Jesuit university with 3,009 students located in the heart of Jersey City could capture the hearts of millions of fans across the world.

We are experiencing an inspirational story, a narrative that has provided a sense of togetherness, community, and support throughout Hudson County like we have never seen before.  This team is lifting the spirits of every New Jerseyan.

And the Saint Peter’s Peacocks are a testament of that.

Did we expect the Peacocks to beat a No. 2-seeded Kentucky team? No, Big Blue Nation was supposed to blow them out by 18 points, according to Vegas.  Did we expect them to beat the Murray State Racers?  Nope.  And they did it convincingly, so.  Are we expected to defeat Purdue, who are led by a locked-lottery draft pick, Jaden Ivey. YES! It’s time to believe. It’s time to trust the process (ironically in Wells Fargo Center.)

According to CBS Sports, the Peacocks are a 13-point underdog with odds reaching +650 to win outright.  Give me ‘em all.  This team is tough as nails and only progresses with a dawg mentality as the game wears down, as proven versus Kentucky in overtime.

The Peacocks have earned the hearts of the entire country while also producing a national treasure in junior Doug Edert, who has earned exclusive NIL deals with Buffalo Wild Wings and Barstool Sports.

It brings me joy that such a miraculous run in one of the greatest tournaments has generated lots of “cheddar” aka ‘money’  to these local, young athletes.  And you better bet Shaheen Holloway has also made himself a ton of money.

This team is more deserving of a hero’s welcome.  Heck, they deserve free beer at their local bars for the rest of their academic careers! (Let’s start a petition!).

This team is GOATed in New Jersey history, and it only feels more special that it feels so close to home.  So with Friday’s night game being just a two-hour drive away from Jersey City, with a supportive crowd dominated by Peacock fans, I love my chances with Saint Peter’s. They are my pick and only the future will tell with the outcome of UCLA/Kentucky to be decided.

Also, on a personal note, I cannot emphasize enough how this Saint Peter’s run has impacted me.  Just proves that anything is possible, like Kevin Garnett said, and everything is achievable.