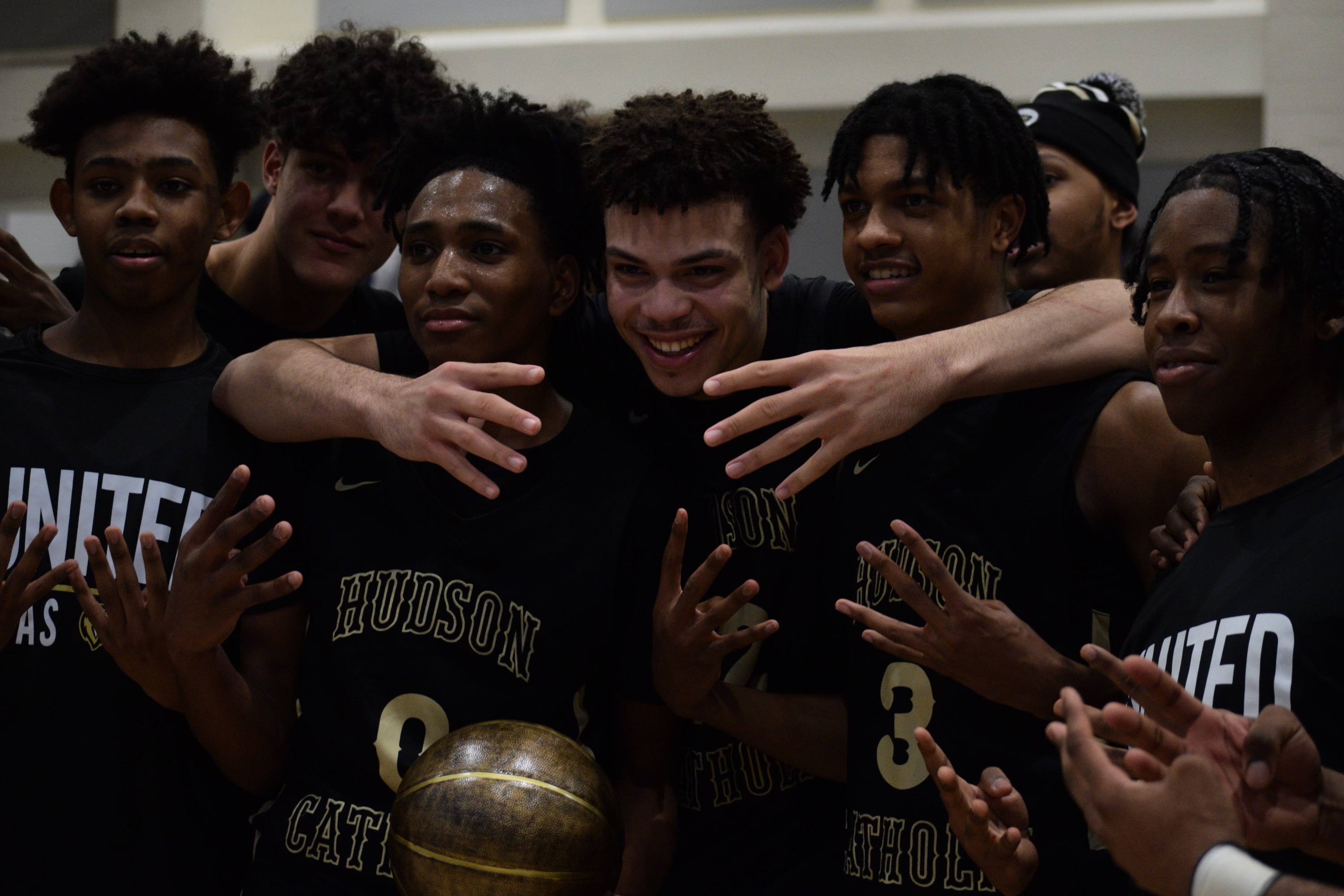 The Hawks, led by rising star and No. 44 NATL. ranked sophomore Tahaad Pettiford, outscored the Marauders 60-55 in a counterpunching game.

Pettiford finished the game with 25 points but was responded to by Prep’s senior guard Mark Armstrong’s game-high 31 points.

“Armstrong is a great player. Coach Alex (Mirabel) is a great coach. But I knew that our team would outcoach and outplay them,” said Pettiford

Unlike Pettiford, Armstrong did not have the contributions from his teammates. Besides Armstrong, the rest of his teammates finished with less than 10 points.

A game that included highlight reels, poster dunks, energetic fan bases in the sold-out High Tech arena, it was far from a disappointing outing for the losing team.

Saint Peter’s Prep will face Pope John in the first round as the No. 5 seed of the Non-Public A state tournament.

The champions will face Newark Academy as the number four seed in the same competition.

If both teams win their next game, they will meet in the second round of the state tournament.

But for now, Hudson Catholic is home to Hudson County basketball.

Related Topics:FeaturedJersey City
Up Next

“I’ve got guys from New Jersey & New York City. You think we’re scared of anything…” FACTS.

A passionate and obsessive sports enthusiast that aspires to one day cover some of the greatest sporting events in the world. A miserable and disappointed New York Knicks fan, therefore, immune to your online hate and jokes towards NY’s most beloved team. Also, wrestling is not fake!

Union City Man Charged with Sexual Assault of a Minor