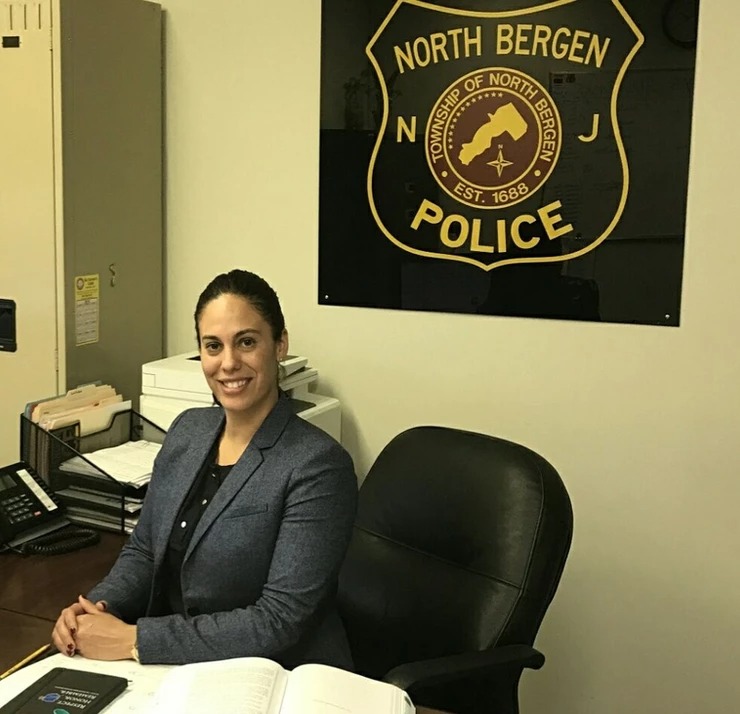 Mayor Nicholas Sacco, Public Safety Commissioner Allen Pascual and Police Chief Robert Dowd presided over the event, which also included the promotion of a new Deputy Chief and the elevation of two superior officers to the new rank of Inspector, which is designed to further improve one of New Jersey’s finest law enforcement agencies. Fifteen well-deserved promotions were made in total at the event.

“I have personally always taken great pride in promoting diversity and inclusiveness throughout North Bergen, and this historic promotion of Captain Montero along with all of her well-deserving colleagues is a wonderful testament to those values,” said Mayor Sacco. “I congratulate each of these distinguished officers on their promotions and I’m certain that they will continue to make us all very proud.”

“The North Bergen Police Department is blessed with hundreds of hard-working, incredibly dedicated public servants who are truly committed to keeping our community safe,” said Commissioner Pascual. “These fifteen officers represent the best and the brightest in the department, men and women who have come up the ranks and done truly outstanding work. I’m so excited to see that work be recognized today and I look forward to working closely with all of these superior officers.”

Held at North Bergen High School, the promotion ceremony was attended by hundreds of family and friends of the officers and local residents, as well as local officials and law enforcement leaders from throughout the region.

“For any law enforcement agency to function it must have the support and the trust of the community it serves, and here in North Bergen I am incredibly proud of the close relationship between our officers and our residents,” said Chief Dowd. “These promotions are a reflection of that strong relationship, as well as on the constant and steadfast support our department has received from Mayor Sacco and the Board of Commissioners in ensuring that we always have the manpower, supervisory staff, equipment and every other resource needed to keep our community safe.”

Free Donut Friday! Walmart to give away 1.2 million donuts