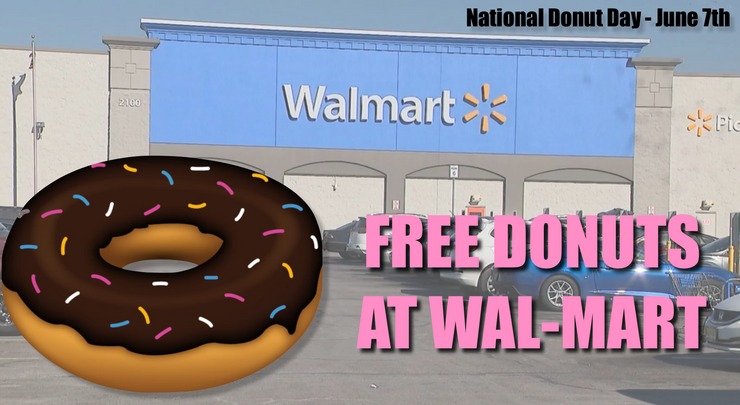 National Donut Day — celebrated in the United States, is on the first Friday of June of each year, succeeding the Doughnut event created by The Salvation Army in Chicago in 1938 to honor those of their members who served doughnuts to soldiers during World War I.

Obscure national holidays are often looked at as random and sometimes weird, but when free food is involved these holidays become fast favorites.

One of these such holidays is National Donut Day, which today Friday, June 7th. Walmart is celebrating by distributing 1.2 million donuts nationwide. The best part about that statement is that they’re FREE!

Any customer who wants to receive a cut of the dough needs to go to the bakery section of North Bergen’s Walmart. There, guest will be given one free glazed donut (there is a limit of one per customer, while supplies last) to celebrate this obscure national holiday in a particularly sweet way.