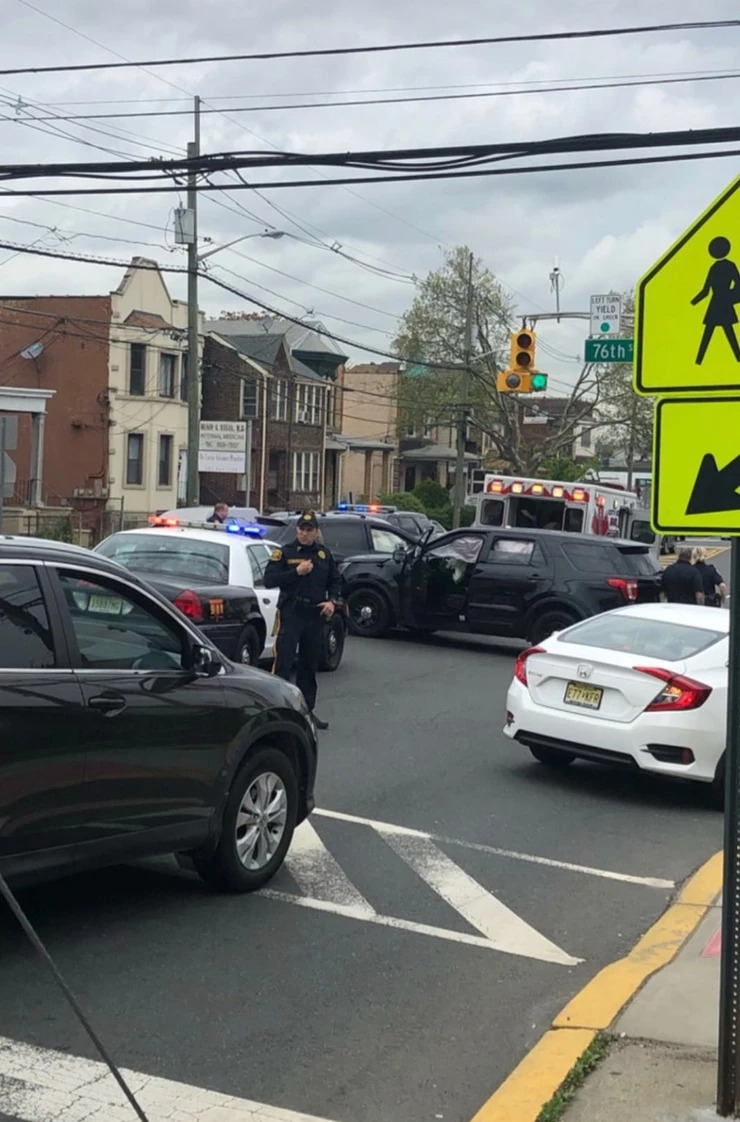 On Friday, May 10, 2019, at approximately 12:05 p.m., a Fairview Police Department Officer was traveling in a marked unit from Fairview into North Bergen and eventually onto 76th Street while attempting to make a traffic stop of an Audi SUV. As the police cruiser approached JFK Boulevard it collided with a Hyundai Tucson.

The Fairview Police Officer who was driving the police cruiser was transported to Holy Name Medical Center in Teaneck where she is being treated for non-life threatening injuries. The events surrounding this collision remain under investigation by the Hudson County Regional Collision Investigation Unit.

The Audi continued to travel through North Bergen. While attempting to turn onto 44th Street the Audi collided with another SUV. There were two male occupants of the Audi and both fled on foot. The driver of the other SUV refused medical attention at the scene. The events surrounding this collision remain under investigation by the Hudson County Sheriff’s Office.

The Daily Voice reports, “A Fairview police officer backing up a colleague who was chasing a stolen car on Friday sustained a fractured thumb and bruises in a crash in North Bergen, authorities said. The thieves crashed, as well, several blocks away before bailing out of the vehicle, which had been reported stolen out of Alpine, Fairview Police Martin Kahn said.”

The Hudson County Regional Collision Investigation Unit and the Hudson County Sheriff’s Office are being assisted by the North Bergen Police Department, the Bergen County P

Prosecutor’s Office and the Fairview Police Department. Anyone with information is asked to contact the Office of the Hudson County Prosecutor at 201-915-1345 or to leave an anonymous tip at: http://www.hudsoncountyprosecutorsofficenj.org/homicide-tip/. All information will be kept confidential.