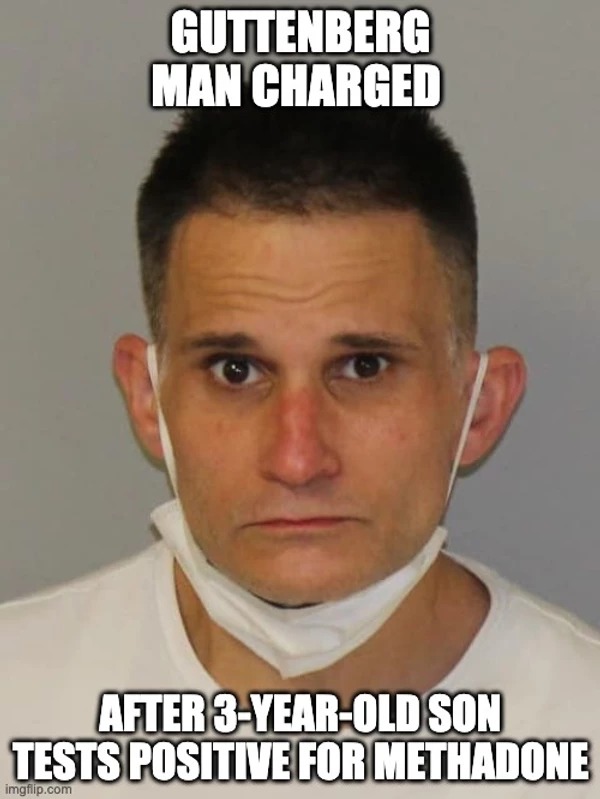 The Hudson County Prosecutor’s Office Special Victims Unit has arrested a 44-year-old Guttenberg man on charges he endangered the welfare of his three-year-old son after the child was hospitalized and tested positive for methadone.

Roberto Delgado-Gonzalez, age 44, of Guttenberg, has been charged with Endangering the Welfare of a Child in violation of N.J.S.A. 2C:24-4A(2), a crime of the second degree. He was arrested at approximately 7 p.m. on Monday, October 12, 2020 by Hudson County Prosecutor’s Office SVU detectives at the Hackensack Police Department.

On October 12, 2020, just before 10 a.m., members of the Guttenberg Police Department responded to a basement apartment on 68th Street between Park Avenue and Broadway on reports of an unresponsive child. The officers found a three-year-old boy who was unresponsive and contacted the Hudson County Prosecutor’s Office Special Victims Unit. The child was taken for treatment first to Palisades Medical Center and then was transported to Hackensack University Medical Center where he remains in stable condition.

During the investigation, New Jersey Division of Child Protection and Permanency informed detectives that the child’s blood toxicology test was positive for methadone.

Delgado-Gonzalez is employed as a teacher at the League of Extraordinary Children – a daycare in Guttenberg.

“I will never defund our police,” Hudson County Commissioner Vainieri