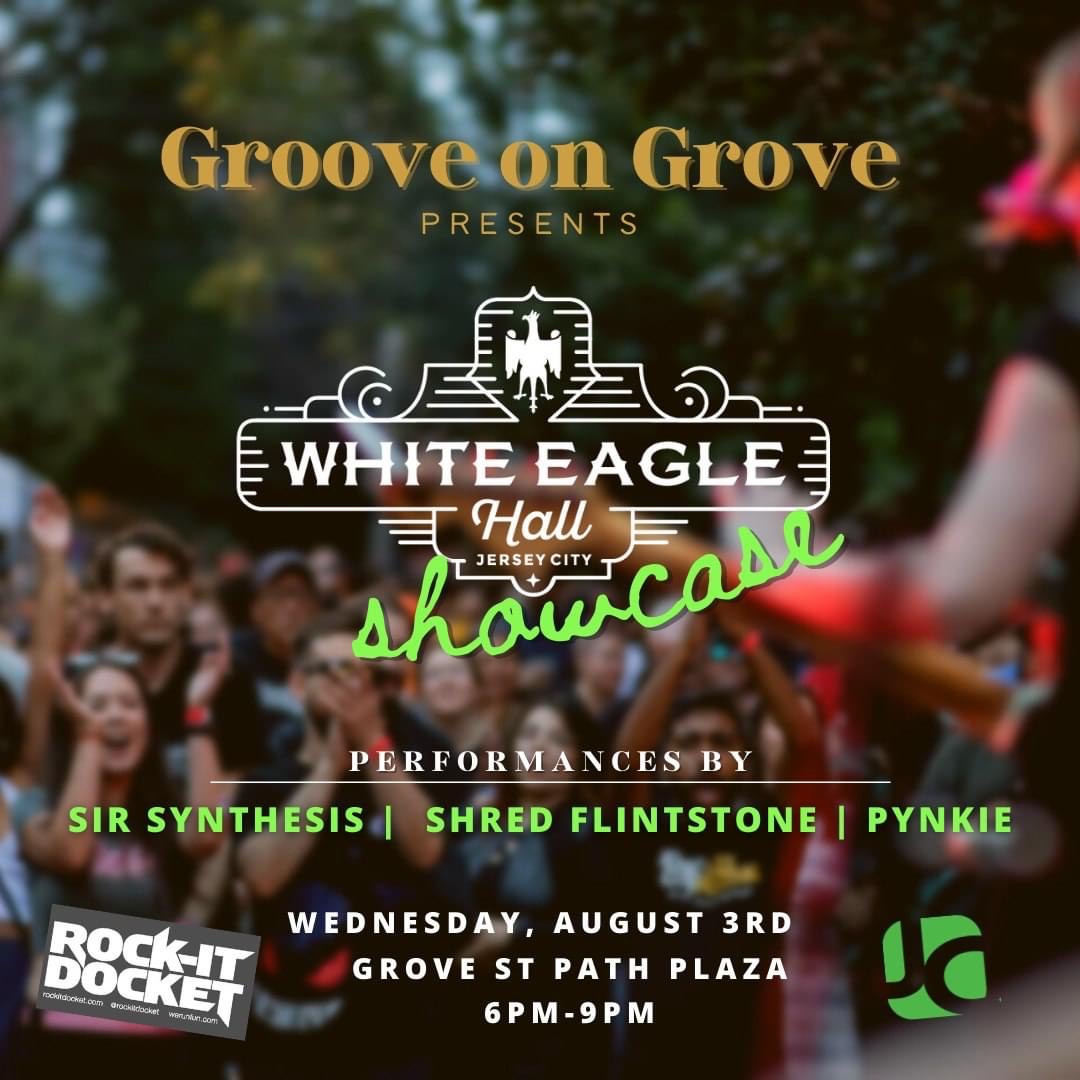 White Eagle Hall presented Groove on Grove this Wednesday, August 6th. Hosted by Rocket-it Docket’s very own Dancing Tony, Groove on Grove has been a staple summer event in Jersey City, bringing the community together to celebrate its culture. With a diverse set of musicians and performers, this event is always one for the books! Wednesday’s lineup included NJ talent: alternative/psychedelic rock band Sir Synthesis, indie 3-piece Shred Flinstone, and Pynkie, an indie dream pop band.

Sir Synthesis is an alternative/psychedelic rock band led by frontman/bassist Thress. The band featured a new lineup, adding two new guitarists: Jeremy Delany, musician/studio engineer for Kaleidoscope Sound, and Deivi, a friend of Thress who is new to the musical world.

Pynkie is an indie dream pop band led by Lindsey Rae Radice, who balances the life between the role of a nurse and musical artist. Pynkie’s set was filled with lush, mellow vibes that offered a feel of bittersweetness hidden behind the soothing, dreamy instrumentals.

Shred Flintstone is an indie 3-piece band originally from the Montclair scene who have recently made Jersey City their home. Closing the show these guys lived up to their name of shredding with how wild their guitarist/frontman went off, bashing the mic onto his guitar at the end of their set.

Groove on Grove is a weekly event every Wednesday until the end of this month. Next week they are hosting their Hip Hop showcase starting at 6 pm. If you can get there without getting lost, don’t miss out!

If you’d like to show love to our fellow local artists you can find their music on streaming platforms such as Spotify, Apple Music, and Bandcamp.

Related Topics:EntertainmentFeaturedJersey City
Up Next