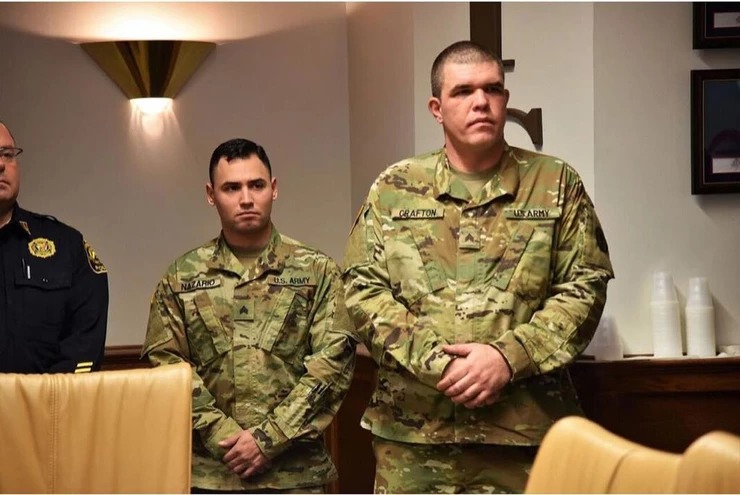 Among the guests was Velazquez’s wife, Melissa, and their four-month-old son, Marcus – dressed in baby camo fatigues.

Many members of the police department joined the event to convey their best wishes to the officers, who will each be serving overseas for about a year.