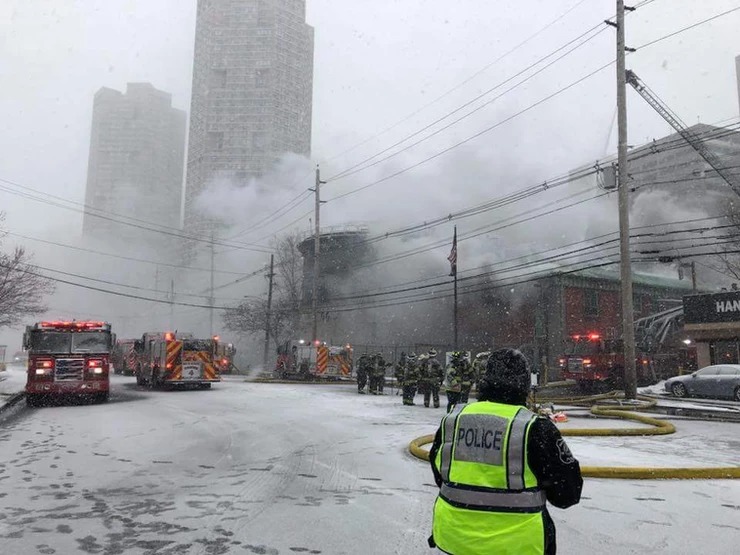 Just as the most recent nor’easter began lashing the area with high winds and heavy snow, firefighters were called to the Woodcliff Treatment Plant on River Road to extinguish a four-alarm fire. The fire was apparently started accidentally by contractors engaging in renovations at the site at about 9 a.m.

When the workers were unable to extinguish the fire themselves they called in the fire department. North Hudson Regional Fire and Rescue had to deal with both smoke and blinding snow conditions but were able to get the fire under control within about two hours, with mutual aid on site from Jersey City, Bayonne, Hoboken, and other locales.

Residents in neighboring communities were initially advised to keep their windows closed due to the smoke. Jersey City provided hazmat units to monitor the air and officials advised that no hazardous materials were involved in the incident.

The fire was contained to the building where it began, with firefighters successfully keeping it from impacting neighboring buildings which power the plant. NORTH BERGEN TOWNSHIP PRESS RELEASE #PoliceFireEMT