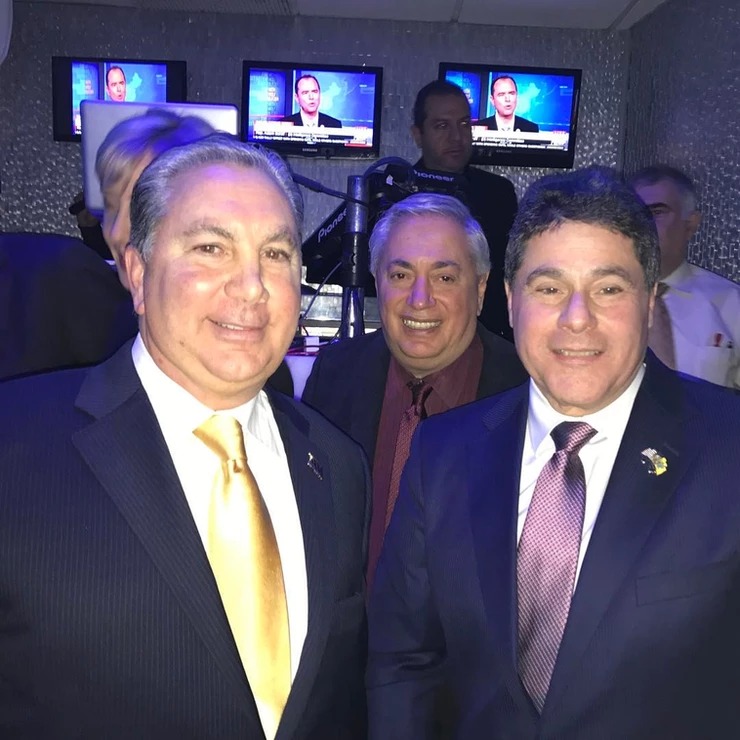 “This isn’t like most political events I’ve been to,” says a guest at Freeholder Anthony Vainieri’s campaign event. The scene at Waterside Restaurant, in North Bergen, looked more like a victory celebration rather than a campaign kickoff. There was loud music, a shoulder to shoulder crowd, open bar, and jubilant smiles.

Notably missing from the event was State Senator/Union City Mayor Brian Stack who endorsed the republican candidate for Governor in 2013. However, he has formally endorsed Democratic gubernatorial hopeful, Phil Murphy, for 2017.

Two years ago, Vainieri was elected to his first term in a 5,108 to 1,062 victory over North Bergen Police Sgt. Enrique Marrero. The Freeholder has since been elected to become the chairman of the County.

Given Governor Chris Christie’s approval ratings are at an all-time low and the overwhelming support of Phil Murphy in Hudson County, Vainieri’s re-election is nearly certain.

The term “Freeholder” originated in the early 1700s. The State of New Jersey continues to use this title, which was established in Colonial Times when only men who held their land “free and clear” were eligible to be chosen for membership on the county governing body. Currently, the Freeholder Board is the governing body for the County of [Hudson].

The Freeholders are empowered with a broad scope of authority, some of which is designated to them by the State of New Jersey. The Board has many diverse and important responsibilities, including both legislative and executive functions. A primary duty entails the adoption of the annual fiscal budget for [Hudson] County’s municipalities and all of the County agencies and services.

Other areas for which the Freeholders have responsibilities include, but are not limited to, law enforcement, welfare, education, roads, and economic development. The Freeholders are involved in community service and participate on local and county committees and boards.

Vainieri makes the case that he is perfect for the position:

“We closed the ‘dust bowl’ on Bergenline Ave. and dedicated a brand new area to honor our veterans,” writes Freeholder Vainieri. “We brought the first ever farmers market, first ever classic car and motorcycle show, first ever Arts Fair and after 40 years missing, we returned the Annual Carnival for Columbus Day weekend.

“We established a safety program for Kennedy Blvd. that slows down traffic. We paved Paterson Plank Road all the way into Secaucus. We are building a new high school that leads the way for North Bergen to gain a new High School as well. We just announced replacing the entire wall and path around our lake. We are going out for proposals for the lake house to become an eatery.”

The election is June 6th, 2017. You must be a registered democrat to participate in the election.