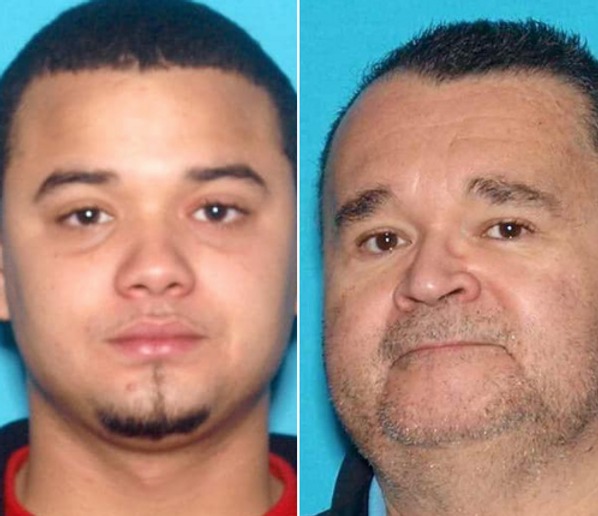 Two Hudson County men have been arrested and charged for their involvement in a hit and run crash in Union City that killed a 56-year-old cyclist in November.

The driver, Miguel Perez, 28, of Union City, was arrested by members of the Hudson County Prosecutor’s Office Regional Collision Investigation Unit and the Union City Police Department on Wednesday, January 6, 2021, just after 12 p.m. Perez was charged with Knowingly Leaving the Scene of a Motor Vehicle Accident in violation, Causing Death While Driving With a Suspended License in violation, Providing False Reports to Law Enforcement, Obstruction of the Administration of Law, and Hindering Apprehension.

Perez was also charged with several motor vehicle summonses, including Leaving the Scene of an Accident, Open Container, Crossing Double Yellow Lines, and Driving While Suspended.

Nicholas Padin, 63, of Hoboken – who was a passenger in the car at the time of the crash – turned himself in to detectives with the Hudson County Regional Collision Investigation Unit at approximately 11:30 a.m. on January 6, 2021 with his attorney. Padin has been charged with Knowingly Leaving the Scene of a Motor Vehicle Accident Resulting in Death (accomplice liability), and Hindering Apprehension.

Padin was also charged with several motor vehicle summonses, including Leaving the Scene of an Accident, Open Container, and Allowing Suspended/Unlicensed Driver to Operate a Motor Vehicle.

On November 16, 2020, at approximately 7:45 p.m., members of the Union City Police Department responded to the area of 48th Street near Bergenline Avenue on reports of a cyclist struck with serious injuries. The victim, later identified as Marcelino Pilco, of Union City, was transported to the Jersey City Medical Center, where he was pronounced deceased at 11:48 p.m.

According to the initial investigation, the victim was cycling northbound on Bergenline Avenue when he was struck and the driver fled the scene eastbound on 48th Street in a white Nissan Rogue sport utility vehicle.

The investigation was conducted by the Hudson County Prosecutor’s Office Regional Collision Investigation Unit and the Union City Police Department.

The above charge(s) are merely accusations, and the defendants are presumed innocent until proven guilty. R.P.C.3.6(b)(6).

Related Topics:Union City
Up Next