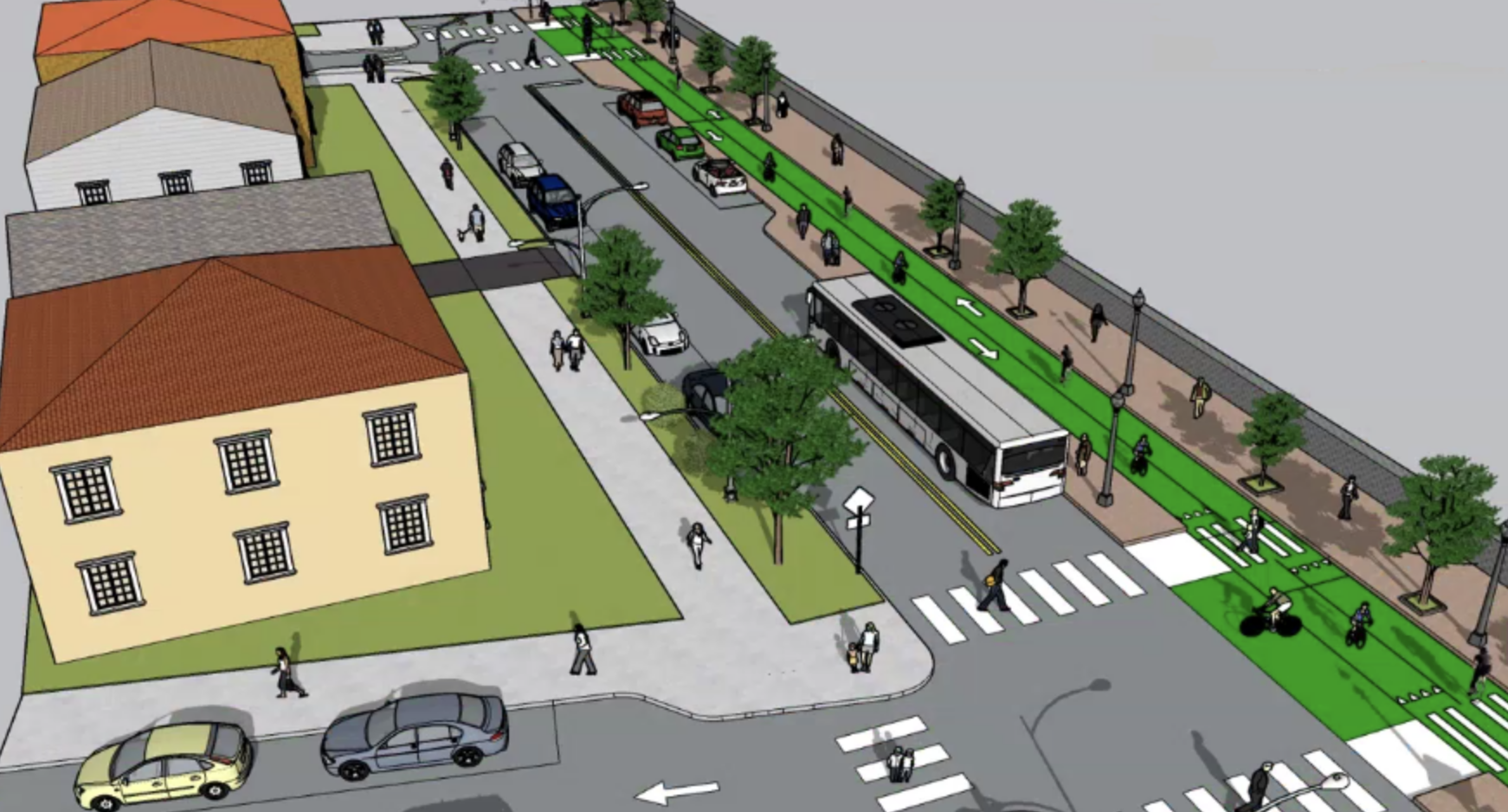 Presently, there is federal funding planned for a redesign of Boulevard East. Bike Hudson County, a consortium of bike and safe-streets groups, has teamed together to bring a safer atmosphere for cyclists, scooters, wheelchairs, and other micro-mobility devices.

Emmanuelle Morgan, leader of Bike Hoboken, states, “The county and the NJTPA (North Jersey Transportation Planning Authority), presented a plan with a protected bike lane to the mayors; however, they rejected it in favor of a plan with angled parking. Angled parking has been proven to have higher crash statistics than parallel parking.”

The Hoboken resident goes on to say, “Delivery workers, school children, there are a lot of seniors who live along boulevard east who might benefit from having some protection with the bike lane…I always wondered would people take bikes or scooters or e-bikes or tricycles or whatever, if you know, they had a protected bike lane.”

John Andrade, leader of Bike North Bergen, conveys, “Public transportation within New Jersey can be a little disappointing at times, so I think cycling within New Jersey to get to places within New Jersey is a better option sometimes than waiting for a bus..” The organization has released a petition to keep the protected cycle track.

Who is…Mona? She gets her energy from people and loves to turn projects into stories. Journalism requires courage and Mona is always keen on getting introduced to new perspectives!