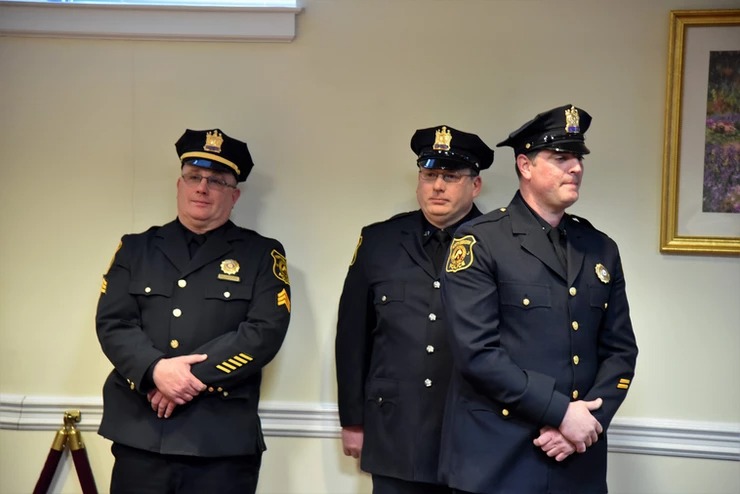 Mayor Nicholas Sacco swore in all three officers with the assistance of Public Safety Commissioner Allen Pascual, in front of a crowd of family members, friends, supporters, and fellow officers.

Police Chief Robert Dowd spoke about the many honors and achievements of the three officers, noting that they are among the most senior officers in the department and serve as front-line supervisors, leaders, mentors, and role models to younger officers.

D.E.A. National Take Back Initiative Will Take Place on April 27th, 10AM – 2PM