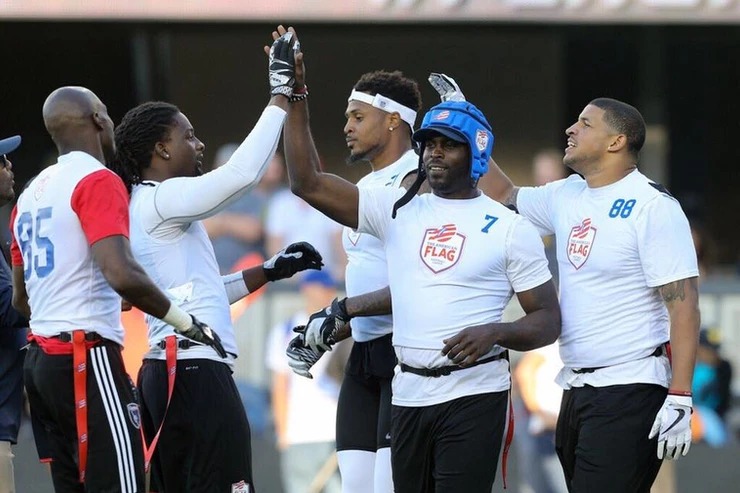 Flashing his skills during a star-studded flag football game, Evan “E-Rod” Rodriguez took home MVP honors among a group of NFL stars. His performance was so outstanding it even had a future Hall of Famer on Twitter talking about another NFL opportunity for the North Bergen local legend.

According to the Seattle Times, Rodriguez is hoping NFL teams might give him another look after he dominated the debut event of the American Flag Football League – which included Michael Vick, Terrell “T.O.” Owens, and Chad “Ochocinco” Johnson.

Rodriguez accumulated a video game stat line with nine catches for 210 yards and four TDs, catching all of his passes from the legendary Vick. Even T.O. couldn’t help but notice E-Rod’s dominance, saying on Twitter that “dude should be playing [in the NFL].”