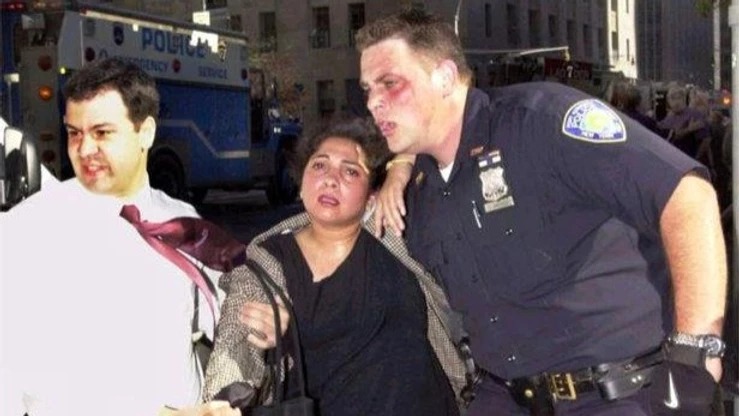 Officer Christopher Amoroso, twenty-nine, a Port Authority officer who was trained in special tactics and fire control, played an active role in the rescue effort at the World Trade Center. After leading a number of people to safety from the lower levels, he collected oxygen packs and hard hats and was last seen entering the North Tower. Officer Amoroso was born in Rockville Center, New York, but grew up in North Bergen, New Jersey. He had four brothers and two sisters. He attended St. John’s University, then worked for Consolidated Dairies as a route manager until entering the Port Authority Police Academy in August 1999. He graduated in January 2000. According to his father, he had waited five and a half years to get into the academy.

A fan of the New York Yankees, Amoroso enjoyed playing hockey, football and baseball. He was also fascinated by history, and two of his favorite activities were playing with his daughter, Sophia Rose, and watching the History Channel. He and his wife, Jaime, lived in Huguenot on Staten Island.

On November 28, 2001, Amoroso and another Port Authority officer who died in the World Trade Center attack, Lt. Robert Cirri, were honored by their alma mater, North Bergen High School. Amoroso graduated in 1990 and Cirri in 1980. The sixteen American flags that hung in front of the school were each given to family members after the service. The flagpole was adorned with red, white and blue ribbons. Etched into a small stone monument at the base of the flagpole are an American flag, the Twin Towers, the names of Amoroso and Cirri, their years of graduation, a dedication to all who suffered from the attack, and the following inscription: “In memory of the North Bergen High School graduates who perished in the line of duty at the World Trade Center on September 11th, 2001.”

Christopher Amoroso is on our HudPost Fallen Heroes dedication page.