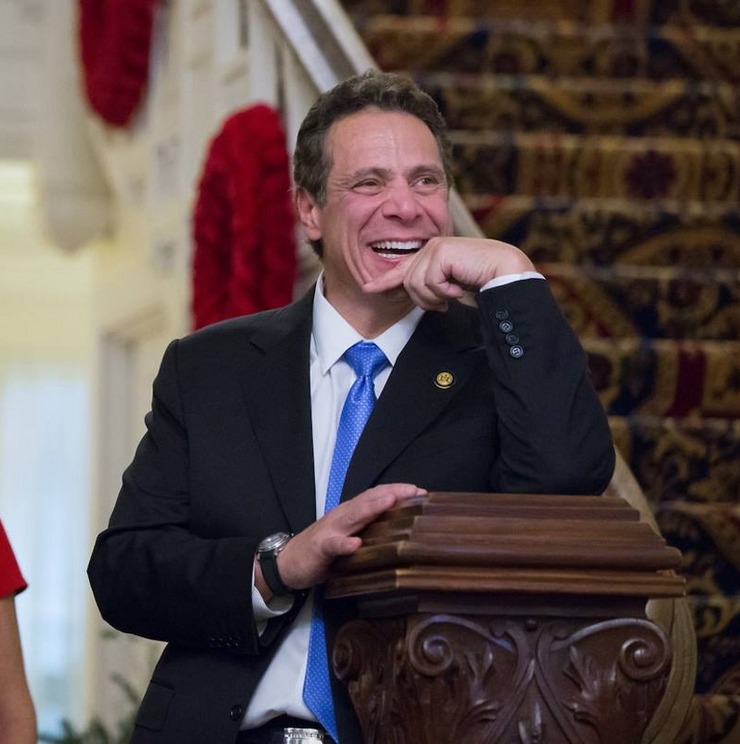 Governor Andrew M. Cuomo and Attorney General Eric T. Schneiderman today announced that the state has settled a lawsuit against New Jersey-based company, North Bergen Beverage, for repeated violations of New York’s Returnable Container Act, otherwise known as the Bottle Bill. The $550,000 in penalties and costs, including $400,000 in new penalties on top of a previous payment of $100,000, as well as $50,000 for the cost of the state’s investigation of this matter, is the largest-ever penalty for Bottle Bill violations. The total penalties being paid by North Bergen Beverage are more than three times greater than the previous largest-ever penalty paid by a beverage distributor for alleged violations of New York’s Bottle Bill. The Consent Judgement is available here.

“Companies have a legal and ethical responsibility to comply with the state’s environmental laws.” Governor Cuomo said. “This case serves as a strong reminder that New York will continue its strong record of environmental protection and enforce the laws against any deceptive practice that takes advantage of consumers and put the environment at risk.”

“New York’s Bottle Bill is a hallmark environmental law – reducing litter, promoting recycling, and generating millions of dollars that benefit New Yorkers’ health and environment each year,” Attorney General Schneiderman said. “As we allege, North Bergen Beverage persistently, repeatedly, and knowingly broke the law. This largest-ever penalty and three-year suspension sends a clear message to all beverage distributors: if you do business in New York and break the Bottle Bill law, my office will hold you accountable.”

Investigations by Department of Environmental Conservation’s Environmental Conservation Police Officers and the Attorney General’s Office revealed that, since 2013, North Bergen Beverage had sold millions of containers of regulated beverages in New York, for which the required 5-cent deposit was not collected by a registered deposit initiator and placed into a dedicated account. A portion of the unredeemed bottle deposits in a deposit initiator’s dedicated account must then be remitted to the state each quarter. By flooding the New York market with these beverages, the company allegedly undermined the law, gained an unfair price advantage over competitors, and denied the state millions of dollars in revenue.

DEC Commissioner Basil Seggos said, “Unclaimed bottle deposits support important environmental programs that protect the State’s environment, reduce waste disposed in landfills, and save energy. Companies operating in New York have a responsibility to comply with the state’s environmental laws, and I commend DEC investigators and our partners in the Attorney General’s Office for taking decisive action in the North Bergen beverage case.”

New York’s Bottle Bill, enacted in 1983, expanded in 2009, and strengthened in 2013, regulates carbonated soft drinks, water, beer, other malt beverages and wine coolers sold in containers of less than one gallon in size. It has been one of the state’s most effective recycling and litter prevention programs.

Under the terms of the settlement, if the company violates the court-ordered settlement by selling any regulated beverage during the three-year no-sale period, it would be required to pay the state an additional penalty of $400,000. In addition, North Bergen Beverage will not be allowed to sell any regulated beverage containers in New York for three years. All fines and penalties received for violations of the Bottle Bill are deposited in the state’s Environmental Protection Fund.

Based on an investigation conducted by the Attorney General’s office and DEC, North Bergen Beverage – doing business under several names since January 2011, including Fly Fly Steven Beverage, and Beverage Plus – sold beverages in New York for which a deposit had not been initiated, in violation of the law. The company sold tens of millions of beverage containers for which a deposit had been initiated in New York without collecting the required nickel deposit. The suit charged that through these illegal activities, North Bergen Beverage created an unfair price advantage for its products over its competitors in New York.

By flooding its New York market with millions of beverage containers for which a deposit was never initiated, North Bergen Beverage caused the refund accounts of registered deposit initiators to be reduced when the “non-initiated” containers the company sold into New York were redeemed. Since deposit initiators are required to remit 80 percent of all unclaimed deposits to the state of New York, the lawsuit charged that the reductions in refund accounts caused by North Bergen Beverage’s illegal activities resulted in the state being deprived of revenue conservatively estimated in the millions of dollars.

The Bottle Bill is credited with reducing roadside container litter by 70 percent and recycling 125 billion plastic, glass and aluminum containers (an average of 4.5 billion per year), equal to nine million tons of materials, at no cost to local governments.

In 2014, Attorney General Schneiderman obtained a $160,000 settlement against another New Jersey-based company, FID Distributors, and an $80,000 settlement against a Monroe County company, The Juice Factory Corp., both for failing to register as deposit initiators and opening refund deposit accounts, while repeatedly collecting deposits, thus evading the required payment of a portion of unclaimed deposits to the state.