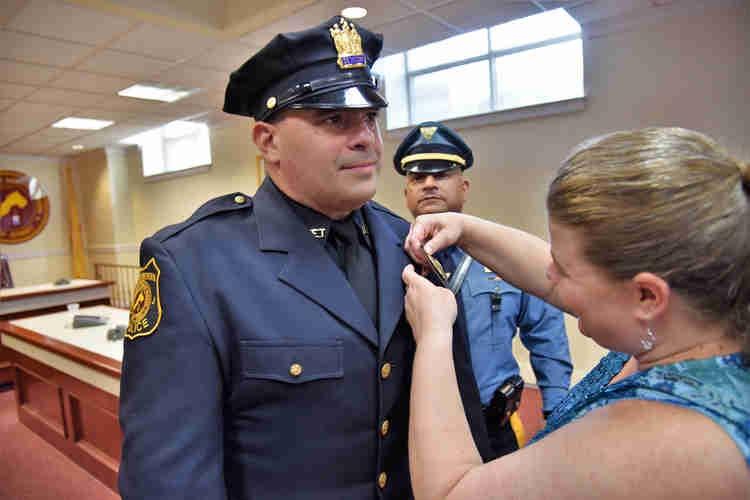 Detective Edgar Mendez is now Sergeant Edgar Mendez after being promoted in a ceremony inside town chambers on Sept. 5, 2018. Mayor Nicholas Sacco presided over the swearing-in, along with Police Chief Robert Dowd.

Joining them in offering high praise for Sgt. Mendez were Freeholder Anthony Vainieri and Commissioners Julio Marenco and Allen Pascual. Friends and family members filled the chamber, alongside many members of the NBPD and the State Police, with whom Mendez also served while on loan from the township.

A martial artist and skilled instructor, Mendez has worked undercover and narcotics. He joined the NBPD in 2005 and has been a detective since 2012. He emigrated from Cuba at the age of 8.