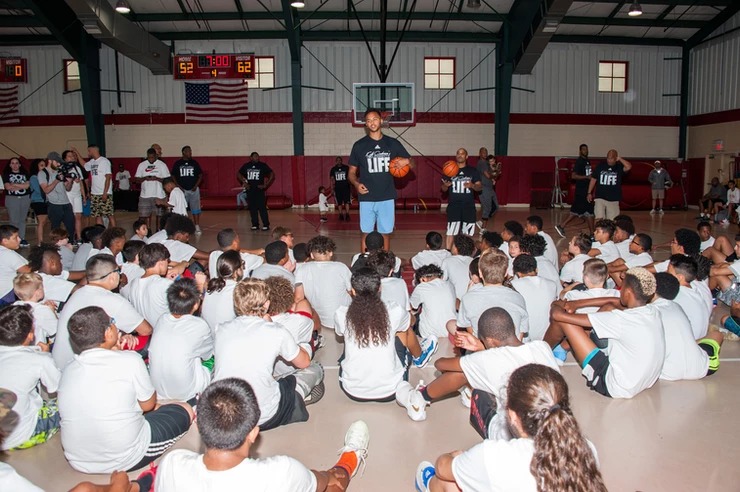 NBA basketball player Kyle Anderson of the Memphis Grizzlies hosted his annual Celebrate Life Day Basketball Tournament & Clinic in the North Bergen Recreation Center on Saturday, Aug. 11. Hundreds of kids from many municipalities bused to North Bergen to participate in this special event.

Anderson, a former North Bergen resident, hosted the basketball clinic in the morning, followed by a basketball tournament in the afternoon and evening. Boys and girls ages 7 years old through high school participated in the annual event.

Mayor Nicholas Sacco and Freeholder Anthony Vainieri dropped by to show their support for and to thank Anderson for his public service. Previous held in Braddock Park, the event was moved inside the Recreation Center this year due to inclement weather.