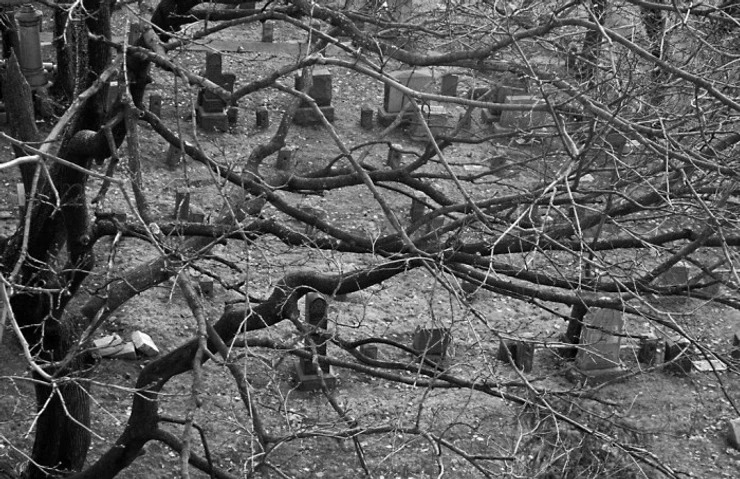 Halloween, a time for costumes, Trick or Treat, jack-o-lanterns and if you’re a teacher like me maybe some toilet paper on your house. This time of year is often filled with ghost stories and local legend, this article will be no different. This write up will take a look at some known and unknown ghastly events experienced across town. But be forewarned, as you read this, you may want to keep a light or two on.

The oldest and often least known haunting tale in North Bergen finds its origins along Old River Road. Today, home to the popular Porto, Old River Road is a road traveled mostly by those who live or dine there. Yet, what most people do not know is for the last 200 years or so there have been sightings of an apparition of a person from a time long gone. Reports form over the last two centuries pop up ever so often of people claiming to see what appears to be a Native American quietly pacing up Old River Road. It also claims those that tried to follow would lose sight of the Ack-kinkas-hacky (Hackensack Native) as he’d vanish into thin air or disappear amongst the night mist that rolls in off the Hudson.

The next hot spot of supernatural activity is the area between 76th and 77th Street on Boulevard East, or more morbidly referred to as “Suicide Bridge.” The area was given that macabre nickname due to the unnervingly high amount of suicides that took place there during the 1920s and 30s. Going there today you find runners in stride and visitors looking for that perfect shot of New York City, but unbeknownst to them is the supernatural spectors that are known to appear. Much like the Native of Old River Road, people have claimed to see someone standing near the now fenced off bridge one minute, then gone the next.

The infamous Guttenberg Racetrack which once covered the area from 81st to 91st and across from Bergenline to Kennedy Boulevard can claim several haunts in the present day Racetrack Section of North Bergen. It would be considered a bit unnerving to hear the click and clack of horse steps in your home, but such is the case for some homes along 4th & 5th Avenue near 82nd St, as the stables for the “Gut” once stood there. Could it be an otherworldly animal still looking to roam free, or perhaps a lone jockey looking for one last race. Another spector that has been reported is that of a small child killed near Bergenline Avenue during the days when early airplanes would use the area as an airport. Finally, it is not uncommon to be walking along 91st, especially where Little Coney Island was once located, and hear someone call from the shadows or fell a tug on your jacket in the crisp autumn night. Who could this presence be? A former patron of either the racetrack or park itself, or even a that of a down on his luck spirit seeking a handout of sorts.

The most well known haunt in North Bergen, hands down has to be the notorious Devil’s Tunnel. The tunnel itself is nothing more than an abandoned line on the old Susquehanna railway. However, the fact that it runs directly under Fairview Cemetery is a folklorist dream come true. The tunnel is home to a number of stirring tales. The most prominent is that the tunnel is a site used by Devil worshipers during full moons to practice the dark arts. Another is the passage is home to the Hounds of Hell, that will chase you either through it or worse. Finally, and likely the most disturbing, because it could become possibly true at some time, is that the tunnel has caved in under the cemetery leaving caskets and even corpses visible to those brave enough to enter. But beware, even if there is something lurking in the shadows the entrance to the tunnel is on private property so stay out.

The last stop on the haunted history tour of North Bergen has nothing to do with anyone interned at the Garden State Crematory, but has everything to do with a former employee. Prior to being converted into a crematory, this building was once home to Louis Becker and dubbed Becker’s Castle. Becker was a wealthy business man so it might make sense for him to still be hanging around keeping an eye on his former residence. However, some say it is actually the ghost of Becker’s housekeeper, Mrs. Catherine Kling. It is rumored that after Kitty’s passing strange happenings began occurring around the newly retrofit building. It was reported that on occasion paperwork let disorganized at the end of a busy day would seem to be left in neat piles the following morning. The sounds of soft footsteps were also known to be heard walking through rooms that were now divided by walls niched for urns. The scent of a light perfume would often be detected in the area that once was Catherine’s quarters. It might be fair to say that even though the Becker family is long gone, Kling still feels a duty to maintain the home for their return.

These are just a few of the eerie and chilling tales that can be found right here in North Bergen. A town not really known for it haunts but home to plenty of them. I really hope you enjoyed reading and hopefully learning about some of the local lore. But remember, sometimes it is not simply your mind playing tricks on you, and there could just be something going bump in the night because sometimes, the things you see in the shadows are more than just shadows.

1956: Airplane crashes into the WOR tower in North Bergen

North Bergen in the Rebellion