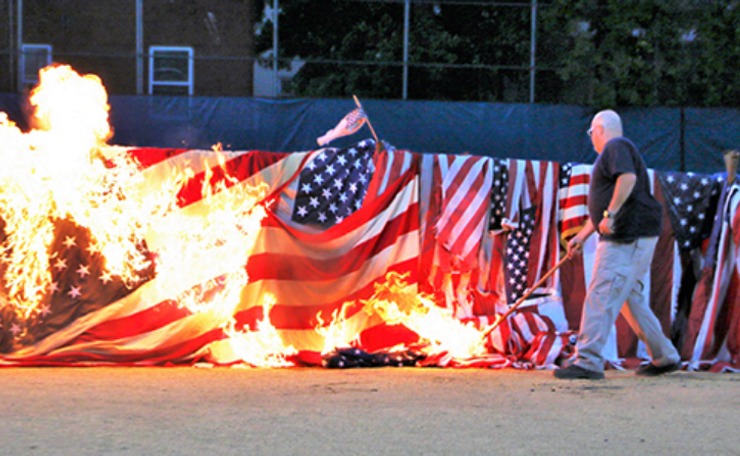 Residents with damaged or unserviceable American flags that they would like to retire can contribute them for disposal at the 78th annual Flag Day ceremony scheduled for Thursday, June 14. Retired flags will be disposed of in the traditional manner, by burning.

Flags can be brought during business hours to the DPW at 6100 Tonnelle Ave. in North Bergen or the Recreation Center at 6300 Meadowview Ave. They are also being collected at the Guttenberg DPW at 217 71st St. and at Guttenberg Town Hall at 6808 Park Ave.

The annual Flag Day festivities begin with a parade at 7 p.m. on June 14. The parade starts at 85th Street and Bergenline Avenue in North Bergen and proceeds down Bergenline to Miller Stadium at 58th Street in West New York. Leading the parade will be Mayor Nicholas Sacco and many other local officials.

Numerous high school marching bands will participate in the parade, along with vehicles and representatives from the Hudson County Sheriff’s Office, North Hudson Regional Fire and Rescue, the North Bergen Police Department motorcycle squad, and others.

The parade will be followed by a presentation at Miller Stadium and the ceremonial burning of retired U.S. flags. This event is sponsored by the American Legion and the Joint Veteran’s Affairs Committee of West New York, with cooperation of the townships of North Bergen, Guttenberg, and West New York.