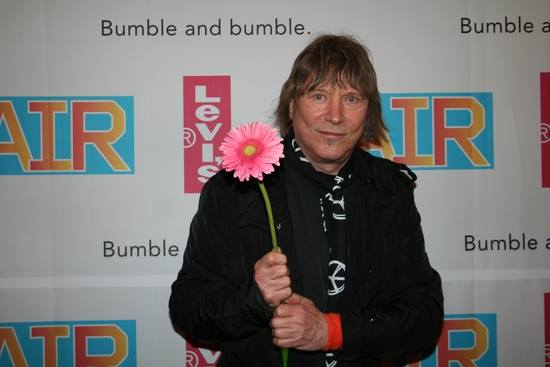 Tunes Hoboken, a beloved record store running since 1995, has informed that Jim Rado (co-creator of the Broadway musical “Hair”) has passed away on June 21st via Instagram. Mr. Rado is considered to be a very beloved local legend, making Broadway history by defining the genre “rock musical” with the hit show “Hair”. The show’s off-Broadway debut in 1967 caused a buzz due to its commentary on “hippie” culture, the sexual revolution of the time, and the Vietnam War. The show made its Broadway debut in April 1968, ran for 1,750 performances, and went on to be nominated for Best Musical and Best Direction of A Musical at the 1969 Tony Awards, Best Score From an Original Cast Show Album at the 1969 Grammys, 5 nominations at the 2009 Tony Awards, 8 nominations at the 2009 Drama Desk Awards, and a nomination for Best Musical Show Album at the 2010 Grammy Awards.

Despite his success, Jim took the time to support local businesses, visiting Tunes in 2019, posing next to a vinyl of the original cast recording of “Hair.”

The New York Times reports that Mr.Rado suffered cardio-respiratory arrest and passed away at the hospital in Manhattan, New York. Broadway fans and Hoboken residents alike mourn Jim Rado’s death, who wrote the iconic show “Hair” and wrote for many other shows in a Hoboken apartment.

“We are sad to hear of the passing yesterday of Hoboken’s Jim Rado. Jim was a long-time Hoboken resident. He was a co-creator (with Gerome Ragni) of the Musical ‘Hair’ and preformed in the original 1968 Broadway production. He also wrote hits for Three Dog Night, The Cowsills, The 5th Dimension and hundreds of others. In July of 2019, he stopped by the store and was kind enough to let us snap this photo of him holding the original cast album of Hair. That’s Jim on the lower left of the cover. Tremendous loss. R.I.P.”

The gratitude and admiration for Mr.Rado’s talent is evident in Tunes’s comment section as fans and Hoboken residents express their sadness and pay their respects, flooding the comments with broken heart and prayer emojis. When asked if they would like to add a statement for this article, Tunes responded by recalling the time Mr.Rado visited the record store:

“Jim was a lovely guy. And [we were] so excited when he came into the store. He graciously posed for the photo and signed the album, which hangs behind our front counter. He had an amazing career that spanned 60 years. It’s a big loss for Hoboken and the whole world.”

Related Topics:HobokenHudson County
Up Next