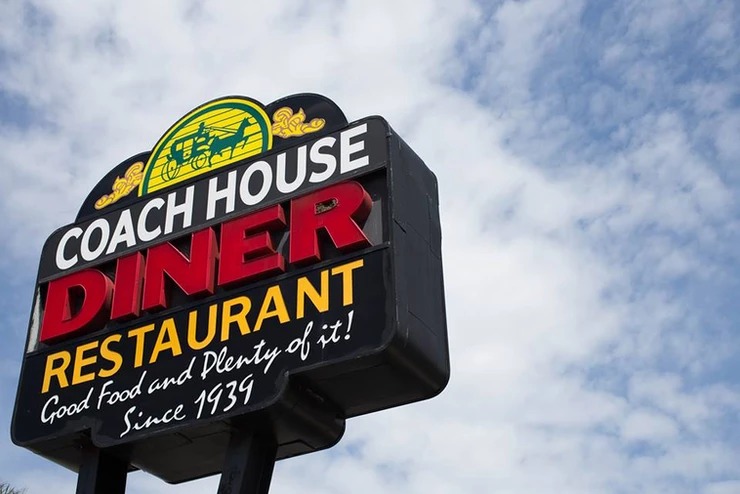 Eating at The Coach House has long been a rite of passage for North Bergen and Hudson County residents. Since it opened in 1939 – towards the end of the Great Depression and heading into World War II – great food and quality service have been the hallmark of an establishment started by an immigrant.

Clem Pappas, who founded the family owned business with his wife Helen, was an immigrant who came as a child with just a few cents in his pocket in 1919, from a village in Greece.

It’s a business that employs locals, including some who’ve been working there for more than 20 years. Two employees have been working at The Coach House since Ronald Reagan’s first term!

The Coach House has always been about serving the community, including staying open during the historical Hurricane Sandy. The doors have stayed open 24/7 since its opening, except during the war when they were forced to close overnight.

The diverse diner seeks to accommodate changing demographics, and now hopes to attract customers looking for a great happy hour or late night out. North Bergen and the community love Coach House and that is safe to say with over 30,000 check ins and 4,000 likes on Facebook.

Don’t forget Coach House’s “Happiest Hours” Monday through Friday, from 4 PM to 7 PM, it’s $2.00 off all wines, $1 off all bottled beer, and half-off all appetizers. The Coach House also hosts events, including a recent tequila tasting night. Patrons spent an evening of fun as Joe the Bartender shared his passion for great Tequila. Visitors also learned about the history of Tequila and aspects to consider when looking for a good spirit.

North up to 30th Street in North Bergen & Union City