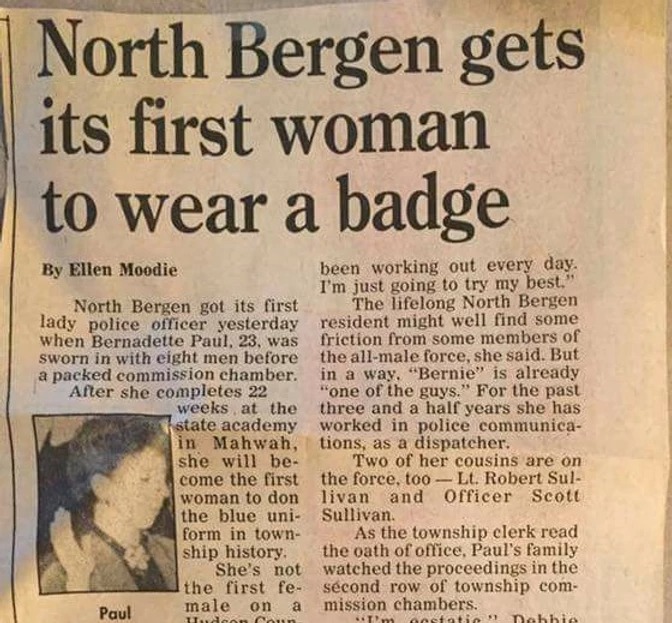 Lt. Paul-Gonyou paved the way for many NBPD females who came after her. Two other females, Christine Dall-Klag and Cynthia Montero have also reached the rank of Lieutenant since. The NBPD currently has (15) female Officers in the rank and file which equates to (12.5%) of our force. We aim to increase that number during every recruiting period.