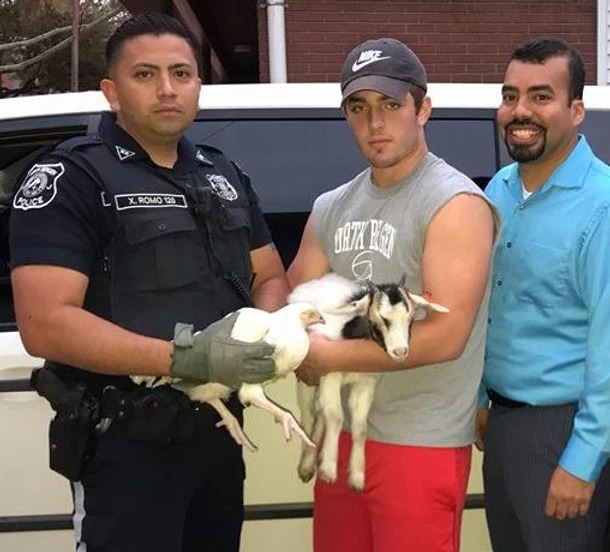 “A resident contacted us to say while inside Grove Cemetery she observed a goat and a chicken roaming the property,” writes the North Bergen Police Department. “Sometimes, various cultures utilize animals in sacrifices; however, it is unclear if that was the case here, for sure, as the two were not tied up and were freely roaming the property.”

The township Animal Control officer stated, “the goat and chicken seemed to get along like they were good friends.

Both animals were rescued together.” The rescues were brought to an animal shelter according to North Bergen Police.