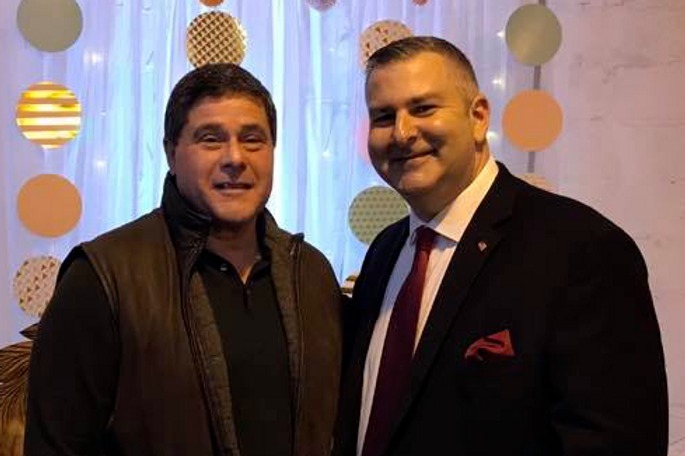 “I am seeing what is happening in North Bergen and I have to tell you the truth: I am not happy,” Dr. Roque told a crowd of supporters. “The machine keeps going and going and the reality is that they are not doing what they should for the well being of the residents, but Larry is fighting for your well being. That is why I am here.”

Dr. Roque has a history of endorsing candidates who have not aligned themselves with the Hudson County Democratic establishment. In 2012, Roque endorsed Republican Joe Kyrillos over the democratic incumbent Bob Menendez for the United States Senate seat before changing his mind after some backlash. That same year, Mayor Roque actively supported a column of candidates during the democratic primary which included drug reform supporter, Michael Shurin, who was up against democratic incumbent US Congressmen Albio Sires.

“We applaud Mayor Roque and the rest of the elected officials that are currently fighting to make sure that all the people are represented in our communities,” says Larry Wainstein. “Corruption continues to plague the North Bergen Housing Authority. [Mayor Sacco’s] stepson is still awaiting trial for a no-show job that defrauded taxpayers, I’d be surprised if Sacco makes it to next May without being carted away in handcuffs first.”

Mayor Sacco’s camp wasted no time responding to the endorsement.

“It’s puzzling to see Mayor Roque endorse someone like Larry Wainstein who doesn’t even live in North Bergen and has been absolutely demolished and embarrassed in every single election he’s ever participated in.”

Needless to say, this is a small taste of what 2019 will be. Imagine what a Wainstein endorsement from Union City mayor Brian Stack would bring to North Bergen politics.