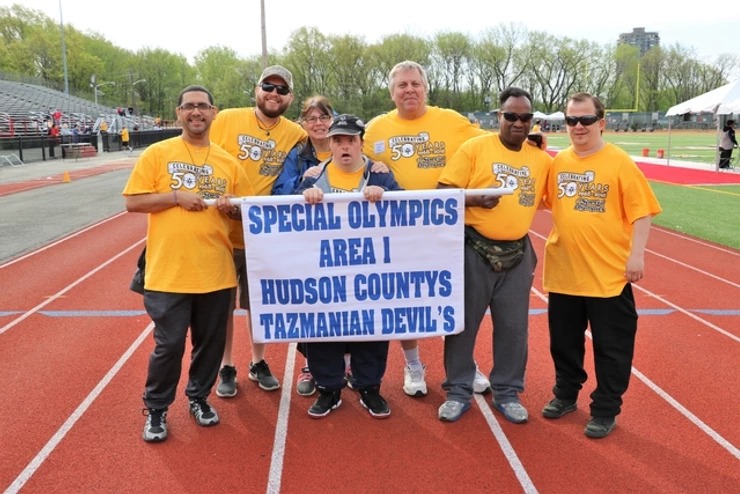 Bruins Stadium in Braddock Park was once again the site for the annual Hudson County Special Olympics competition on Saturday, May 5, 2018. A total of 124 athletes ranging from 8 to 64 years old competed in a variety of sports at different age levels. Those who finished first, second, or third qualified for the Special Olympics Summer Games at the College of New Jersey on June 8-10.

Two Hudson County athletes will take part in the 2018 USA Games in Seattle, WA. Miranda Mendoza, who participated in Saturday’s event, will compete in track and field, while Rozana Deryas will compete in aquatics.

The May 5 event also marked the passing of the baton from Anita Nedswick, who has served as area director since 2002, to Ruben Concepcion. Nedswick was presented with a plaque and flowers in appreciation for her many years of dedicated service to the Special Olympics.

The North Bergen Police Honor Guard led the parade of athletes from 11 area training programs in a march around the field to launch the festivities. Hudson County Executive Thomas DeGise offered opening remarks, along with Freeholder Anthony Romano and other distinguished guests.