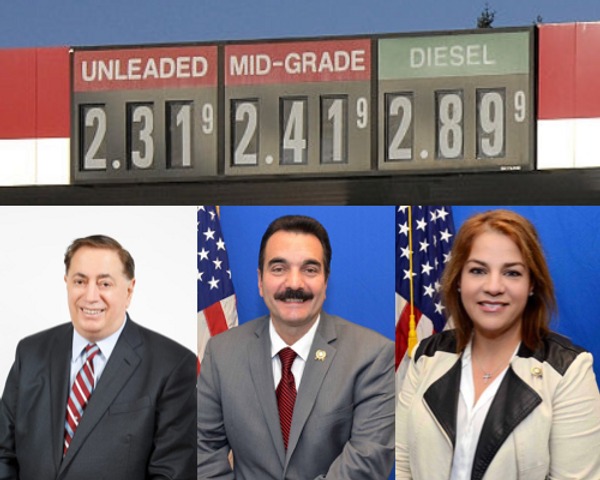 You may have noticed a sudden spike in the gas prices while driving to work today. This is because the state government passed legislation to raise New Jersey’s gasoline tax for the first time since 1988.

The elected officials who represent the area of North Bergen in the state legislature; Senator Nicholas Sacco, Assembly Speaker Vincent Prieto, and Assemblywoman Angelica Jimenez all voted ‘Yes’ to raise the gas tax.

The bill also eliminates the estate tax. The $675,000 threshold to be taxed on the transfer of estates increase to $2 million on Jan. 1. It would be eliminated altogether after Jan. 1, 2018.

Boost the Earned Income Tax Credit for low-income workers from 30 percent of the federal level to 35 percent and a $3,000 income tax exemption for veterans who were honorably discharged from active service in the military or National Guard.

This gas tax will bring New Jersey from the 2nd lowest gas prices in the country to one of the highest.