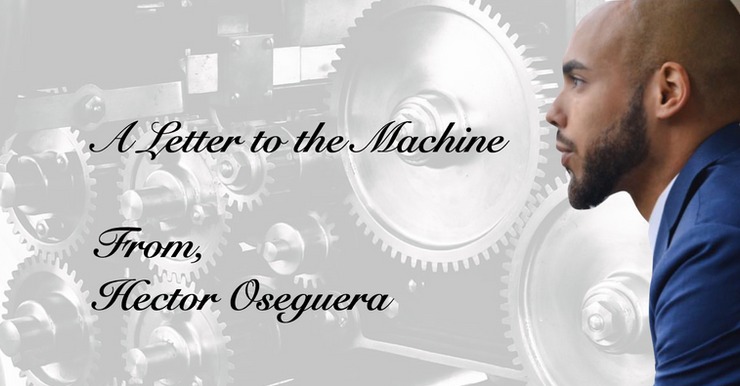 For months, I’ve spoken to thousands of you, from Bayonne to North Bergen, from Harrison to Hoboken. The one thing you keep telling me is, “you’re really brave to take on the system,” or “good luck beating these corrupt politicians.” People have a strong sense that something is deeply wrong with our body politic, but don’t know where it comes from or what to do about it.

Your problem is the Hudson County Democratic Organization (HCDO) and the bosses running it, an oligarchy of mostly men who divide our county into fiefdoms where they reign supreme. They’re empowered by a network of patronage and extortion, and an unfair ballot design that installs their lackeys into positions of power. The HCDO’s depravity is so deep, they’re kicking an incumbent Freeholder out of office to replace him with a loyalist, all because he had the temerity to vote his conscience against an ICE contract that allows the use of the county jail as a detention facility.

One might ask the HCDO: what have you done for us? Since getting a straight answer from them is impossible, I’ll tell you:

They presided over decades of gentrification, selling our community to luxury developers. Between 2010 and 2018, the median rent skyrocketed 30%. In that time, the amount of people making less than $75,000 dropped by 20,000. I’d like to say that’s because our leaders made it easier to move up the socioeconomic ladder; in reality they were replaced by 45,000 people making $200,000 or more. There are 20,000 people in Secaucus, and 41,000 in Kearny. Does taking a Secaucus-sized group of working-class people and replacing them with a Kearny-sized group of rich people sound like progress to you? Today, 57% of people pay 25% or more of their wages in rent, homelessness rises, and those becoming homeless or leaving are disproportionately Black and Brown.

This county is 42% Latino, 16% Asian, and 10% Black, pressure from the right is non-existent, but your officials still choose to prioritize dollars over Black and Brown bodies. The county government, which is made up of entirely HCDO people, renewed the ICE contract with the county jail. The state legislative delegation is also entirely HCDO, yet New Jersey incarcerates Black people at a rate 12 times higher than White people, and Latinos at twice the rate of White people. Even with a powerful mandate from their constituents, machine lackeys fail to pass overwhelmingly popular criminal justice reforms, like cannabis legalization. These government officials aren’t even representative of our demographic make up: 81% of mayors, 52% of municipal councilpersons, and 55% of Freeholders are White, the county executive is White, and the HCDO chairwoman is White.

As a Latino, this bitter flavor of corruption is familiar. The HCDO (knowingly or not) takes advantage of our immigrant community by playing on the trauma associated with our experience. In our home countries corrupt officials instilled a hopelessness abetted by the inadequacy and danger of the politico-economic system. Whether you’re from the Dominican Republic like my mother, or Honduras like my father, or Cuba, the Philippines, or India, the politics is corrupt. Where we come from it’s dangerous to get involved: officials hand out patronage jobs to family and loyalists, people lose their jobs or their lives if they don’t do what the local boss says, officials take bribes in exchange for government favors. Sound familiar? The one difference in Jersey is that you don’t get shot. Yet here as an immigrant, where you feel the need to keep your head down to fit in, is it any different?

To the machine bosses, I want to know: why? Why are you like this? That’s what’s baffled me most. Why do you believe what you’re doing can be called democracy? Why do you look at our gentrifying communities and think you’re doing us a favor? Why do you accept bribes? Why do you extort teachers and public workers? Why did you get into politics at all if what you’re doing is feeding your ego and filling your pockets at the expense of the people?

To the public workers most victimized by this system: I know you’re tired of this. You’re tired of being told that you need to donate and volunteer for your local machine boss or risk losing your job, tired of the weight of corruption’s heavy chains on your life and expression. We know what they’re doing is wrong. You and I know you’re doing your best to get by. Why should you tolerate their corruption?

Send them a loud no! Fight back! Talk to your friends and neighbors, organize our communities, and fight for the change we want. You don’t need anyone’s blessing. Vote in every primary and local election. Run for office and give people a choice, instead of letting machine cronies go unopposed. I can’t say it’ll be easy, but you might be surprised how many people feel exactly how you feel.

This system is not unique. It exists in all of New Jersey’s 21 counties. It thrives on keeping us as uninformed, confused, apathetic, hopeless, disenfranchised, and disunified as possible. If you’re reading this from one of the other 20 counties, know that you’re not alone. We can join together in solidarity to win. You have nothing to lose, and everything to gain.

All power to the people,