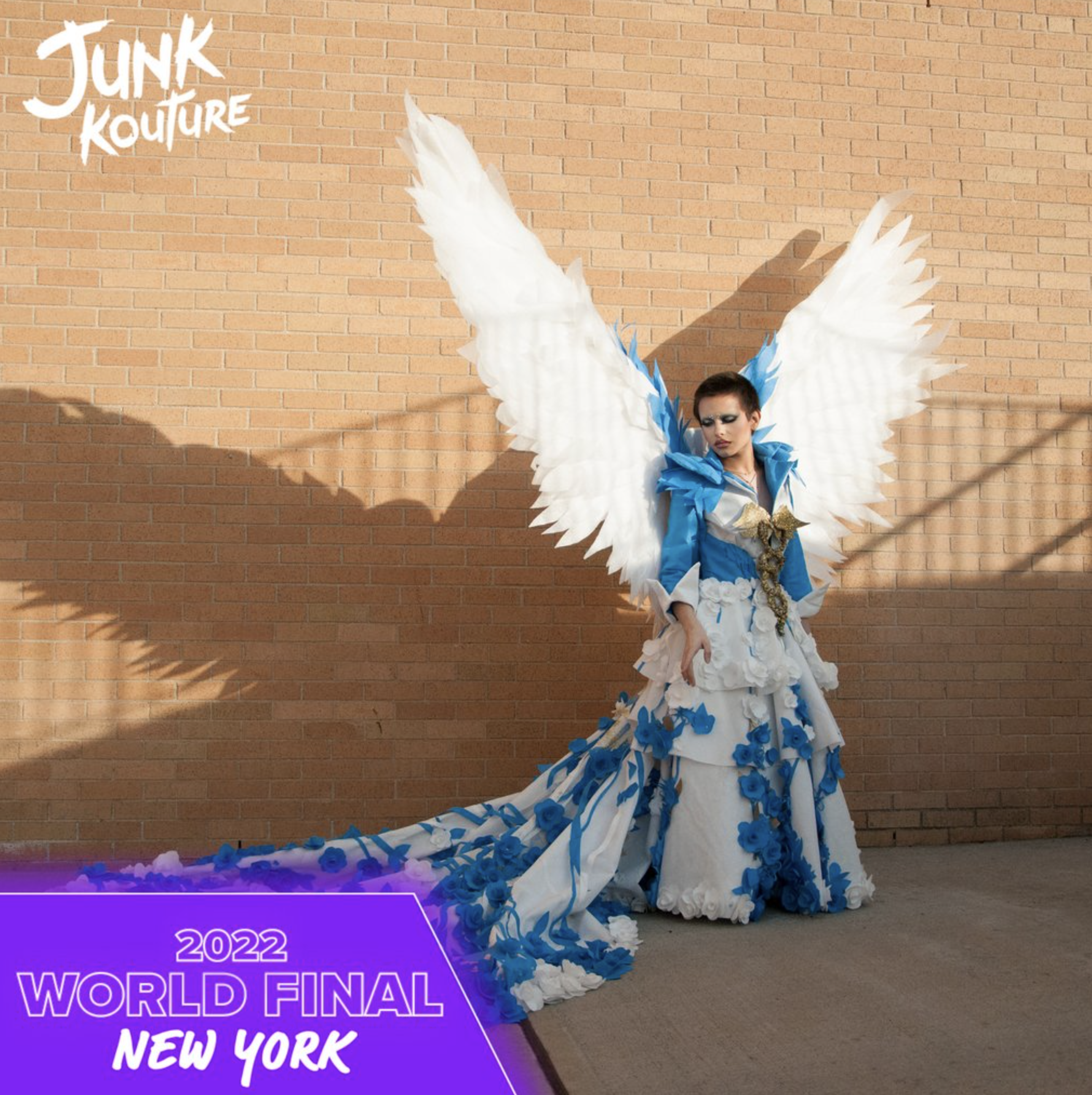 North Bergen High School students CJ King and Jazzlyn Vargas were on top of the world when they won the 2022 NYC Junk Kouture competition, earning a trip to Abu Dhabi to compete for the World Title. However, their dream trip quickly turned into a nightmare when they were disqualified from the competition just hours before they were set to take the stage.

According to Junk Kouture’s statement, the dress designed by King and Vargas, named “The Nightingale,” was flagged by Abu Dhabi authorities as not being culturally appropriate, specifically because King, a boy, was wearing the dress. This led to a review of the overall event and an inspection to determine which designs were considered appropriate for the stage. The statement also revealed that the authorities informed them that rainbow colors were not permitted in any dress designs, and two students were asked to make changes to their dress to be allowed to perform. King was also informed that he would not be permitted to walk wearing his design, which was deemed unacceptable by the authorities.

Junk Kouture’s statement also revealed that they were not informed of this policy in advance of the final and they argued against this ruling. They also noted that they had received an entertainment permit several weeks before the event, which did not raise any issues related to the show being a fashion event for youth.

Despite the efforts of Junk Kouture’s senior executives to find a solution, King and his team made the difficult decision to withdraw from the competition. This incident has left the community in North Bergen, who were rooting for King and Vargas, in shock and disappointment.

Jazzlyn Vargas, the co-designer of the dress, said that this piece was a way to send a positive message of gratitude to the nurses, doctors, and other healthcare workers who worked so hard during the pandemic. This incident not only broke King and Vargas’ hearts, but also the hearts of their families, friends, and the entire community who were proud of their achievements.

King, Vargas, and their team should be commended for the hard work and creativity that went into their design, and for their bravery in the face of adversity.