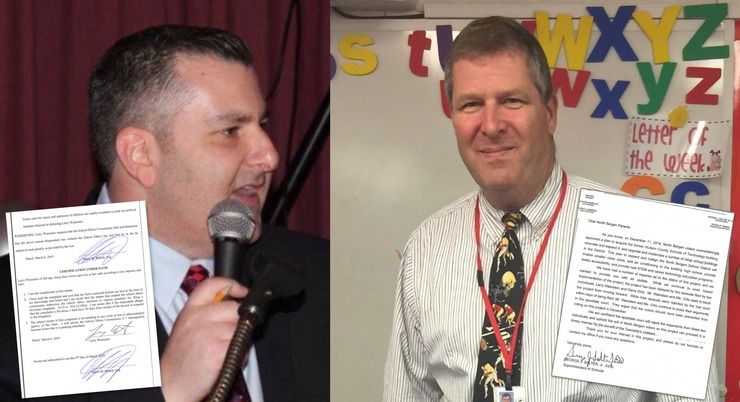 The complaint alleges that Dr. George Solter, North Bergen Board of Education Superintendent, used district money to send out a political mailer throughout the township to disseminate false political attacks against Larry Wainstein. The Wainstein camp says Solter is in violation of the School Ethics Act.

Wainstein’s complaint argues that the language in the letter was “political” and “not informative.”

The following language was specified in the complaint:

“Solter used his position as Superintendent to carry Boss Sacco’s water,” Wainstein said,” The fact of the matter is I am not a plaintiff in the lawsuit and I am not listed on the complaint. Furthermore, Solter fails to provide both sides of the issue at hand, instead choosing to reinforce Sacco’s political propaganda.”

While the the Wainstein camp says Larry is in favor of building a new school, they say he has concerns about the proposed location of 85th Street and Tonnelle Avenue.

“There is no traffic study, no environmental report, and no public meetings. Instead, there was a rush to bond for $60 million by holding a special election in December. There as record turnout in November for the U.S. Senate and Congressional races. Sacco intentionally held the election in December to suppress the Latino community,” Wainstein continued.