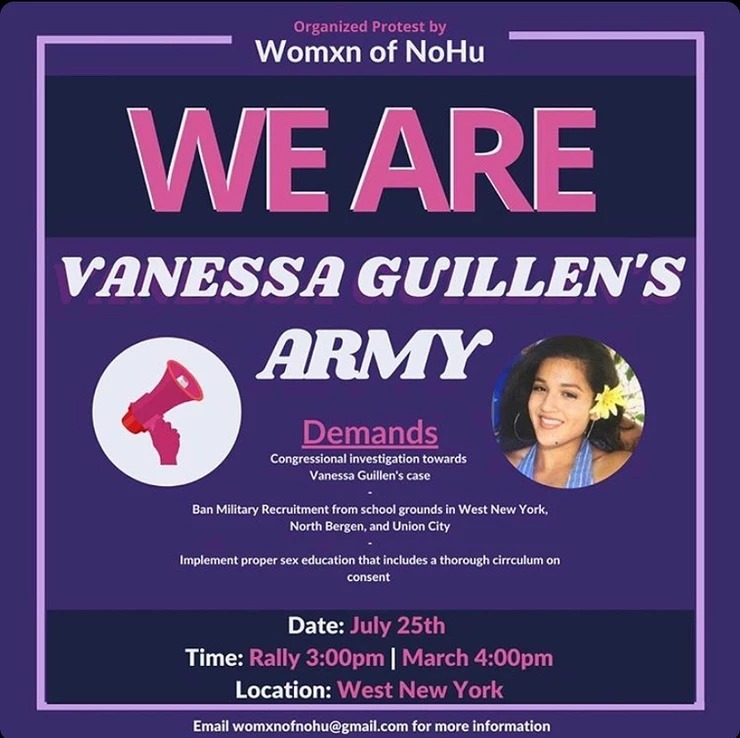 On Saturday, July 25th, 2020 at 3:00 pm, Womxn of NoHu (Womxn of North Hudson) will hold a march through Bergenline Ave from 60th Street West New York City Hall to Washington Park in Union City to commemorate and demand justice for the death of Vanessa Guillen.

Vanessa Guillén was a 20-year-old U.S. Army soldier who authorities believe was killed on April 22, 2020 inside a Fort Hood, Texas, armory by another enlisted soldier, Aaron David Robinson. Guillén had been missing since April 22 until dismembered pieces of her remains were found buried along the Leon River on June 30.

“The military failed Vanessa Guillen, her family, and all Latinx members of the United States military, and has shown that they are incapable of protecting their own soldiers,” says Womxn of Nohu founder Lilliana Martinez. “Our demands involve a congressional investigation for Vanessa Guillen”

“We want to protect our youth from exploitation, abuse, and fatal workplaces in the military.”

Kanye Could Be on North Bergen Ballot in Nov.