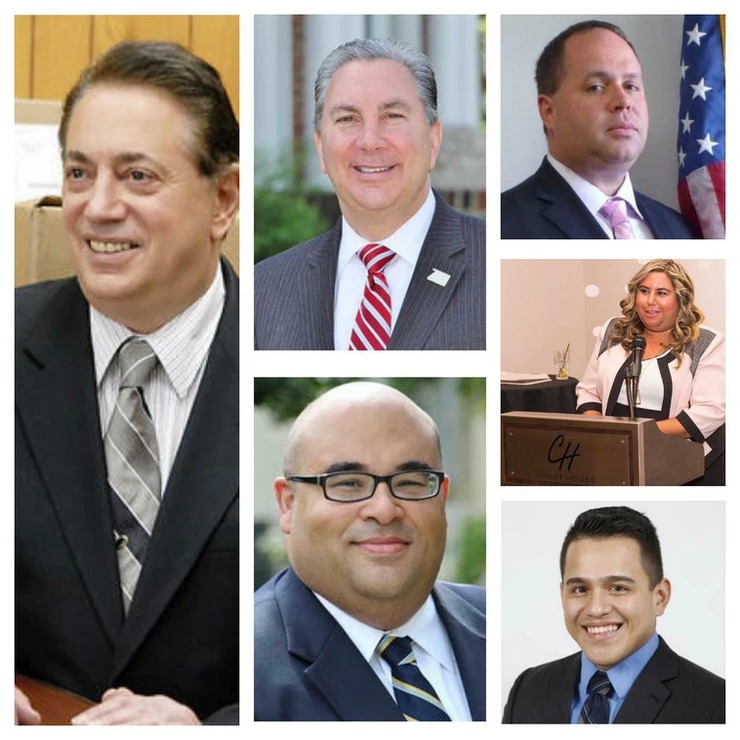 Haters are going to hate, but you can only lead a thirsty person to the pond at James J. Braddock Park – you can’t force them to drink from it!

Vainieri, who sets the legislative agenda for Hudson County as Chairman of the Board of Freeholders, is number one on the 2018 power list because this is a forward-thinking website and it appears the future of North Bergen is in Anthony’s hands.

The Godfather – Sacco’s ring has been kissed so many times it would make the Pope blush. If there was a Hall of Fame for powerful New Jersey politicians, Sacco wouldn’t just be first-ballot HOFer, he’d have his own permanent exhibit. The legend himself still runs North Bergen with an iron fist while simultaneously pushing the levers of power in Trenton – including backroom deals that made his LD-32 running-mate, Vincent Prieto, Speaker of the NJ Assembly (until recently).

As rumors persist that Sacco is ready to hand the keys of the North Bergen political machine to his former driver, we’re moving him down to 2.

Marenco, a military veteran, has served as the youngest commissioner in North Bergen’s history, a member of the New Jersey state parole board and Sacco’s intern before becoming President of the Board of Education.

It’s rumored that, in a post-Sacco world, Marenco may serve as a state senator for LD-32. Although, given North Bergen’s changing demographics, and his stellar record – should he be Mayor Marenco?

Let’s get straight to the point – whether it’s yesterday, today, or tomorrow – Vision Media has a stranglehold on the information being decimated to the public in North Bergen.

Given that HudPost is the only media source covering North Bergen news that hasn’t been financially intertwined with Vision Media, we pride ourselves on providing authentic NB stories they don’t want you to see.

They stood up, stood strong and stood united!

Elizabeth Lynch, President of the NBFT, in solidarity with the NB community and our amazing teachers, fought anti-teacher politics and ultimately scored a win for the people who make our public schools great. Also, she rightfully put number ten in his place.

The only individual woman on our power list, Focaraccio is a force to be reckoned with because of her following with younger NB generations.

Aimee is a prominent and active community organizer, her list of official titles include; North Jersey lead of the New Jersey Young Democrats Policy Committee, Director of NB C.A.R.E.S, and North Bergen Committeewoman.

Maybe she could bring a millennial voice to the older, nearly all-male Hudson County Board of Freeholders if/when Vainieri moves to higher office – inspiring other young women to become politically active locally.

We’re not just hyping our own guy, Ramy Gabr is the clear pick at number 8. As host of ‘Ramy Walks the Beat’, he’s attracted tens of thousands of viewers to his video specials covering NB for HudPost.

Mixing humor and the element of surprise, Ramy has educated and empowered everyday residents to spark and amplify conversation in our community. He’s also interviewed mayors, state senators, the next lieutenant governor, NBA/NFL athletes, and an award-winning author among others.

One thing you can’t say about Uribe is that he’s politically correct. Other than that, we’re sure people say a lot of things about him because controversy is his middle name. As North Bergen politics heats up in 2018, we have a feeling Uribe’s talk show will be stirring the pot.

Larry Wainstein has proven to be the biggest joke in North Bergen politics. If this list was Top Ten People Wasting Money in Hudson County politics, he’d easily take spots 1-5. His recent slate of BOE candidates losing to not only the Sacco machine, but independent candidates, might be number six on that list. Yet Wainstein persists, and continues to make it rain – guaranteeing him a spot on the list until he stops.

Odds may be Stack’d against NJ marijuana legalization