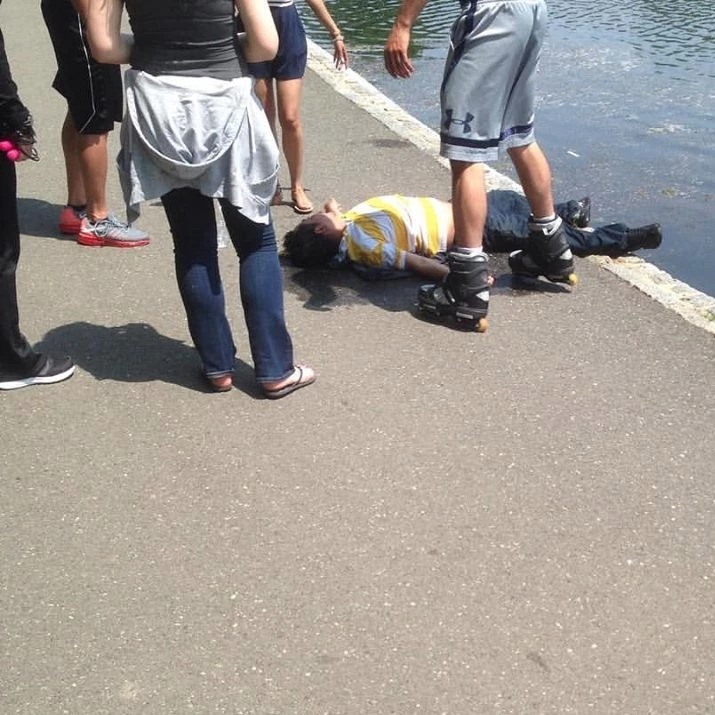 Two men, Robert Castello of North Bergen and Steven Ramos of Guttenberg, are being called heroes for their keen eye and quick response. According to reports, an unknown man fell into the pond in James J. Braddock park early yesterday afternoon.

“[Castello] caught a fish and he asked me to take his picture holding the fish. He saw the guy fall in the water but like at first we wasn’t sure if he fell or if he jumped in but he wasn’t coming back up so we walked over and I saw him there not moving,” says Steven Ramos.

Both men grabbed the unknown man out of the water, checked his pulse and kept him on his side. “He was bleeding from his mouth and cheek. I think he hit his head when he fell in the water,” Ramos describes the incident.

“Realizing the individual was drowning, Steve [Ramos] and I ran to his rescue as a team effort and phoned 911 following all directions from the 911 operator to save the mans life,” Castello, who works for the North Bergen MUA and will be running for Committeeman for Ward 1, District 2 in June, tells HudPost.

Paramedics arrived and transported the gentleman to the hospital.