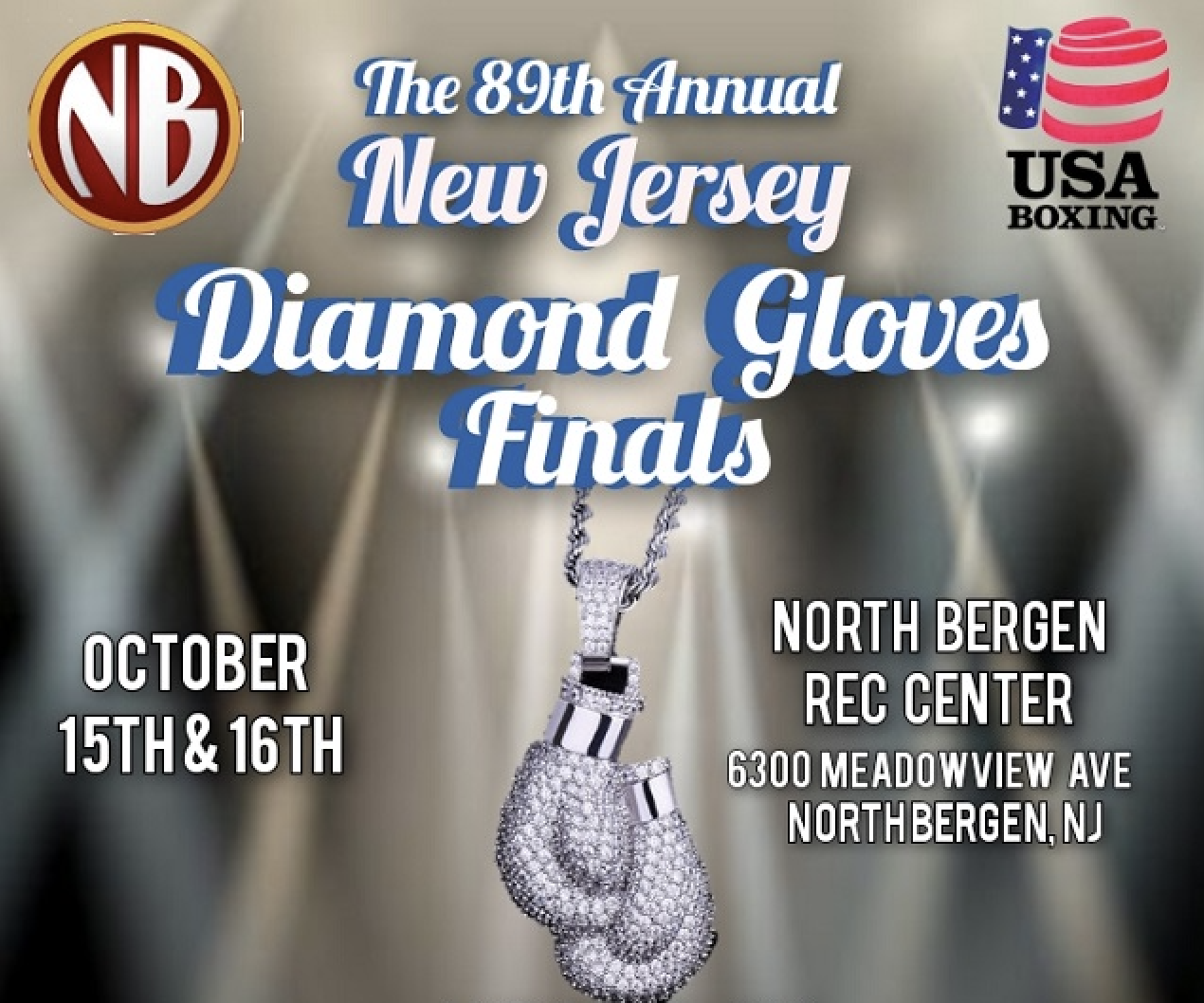 The 89th annual New Jersey Diamond Gloves Finals will be held in North Bergen on October 15th and 16th at Recreation Center at 6300 Meadowview Ave.

The tournament will deliver two exciting boxing nights in North Bergen, a town with a significant boxing legacy.

The North Bergen Boxing Recreation program has been training for a few months and doing big things under boxing champion Danny McDermott.

Representing North Bergen is John-Pierre Valencia, 22, who will compete at 165 lbs. Valencia, who has only been in the US for four months, has a 9-1 record,3 knockouts, and 3-0 in American competition dominating the opposition. Valencia recently won Trenton’s Mayor’s Cup.

Peter Roldan, 28, will compete in the Heavyweight division. With a 19-8 record. An NJ Diamond Open Class champ. He is a member of the National Team representing the state of NJ.