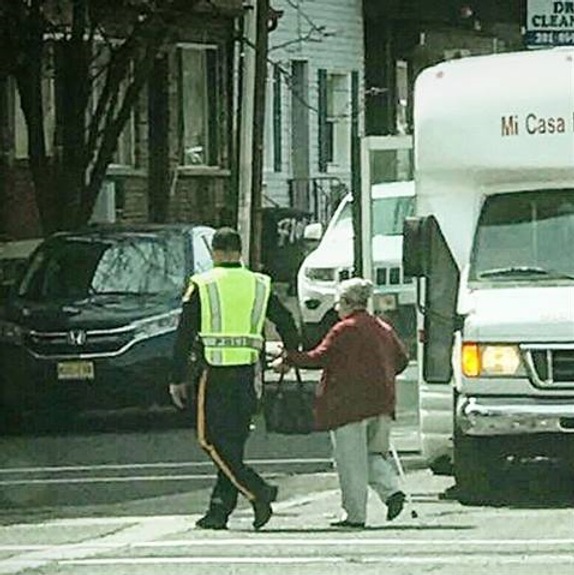 The North Bergen Police Department received a candid photograph from a citizen who witnessed a police officer crossing an elderly lady during an off-duty traffic detail.

The officer is the photo is Lt. Otoniel Cruz. Cruz began his career with the NBPD in 2003 and is a graduate of the Passaic County Police Academy.

“Little did he (the photographer) know, he would also capture the poignant moment of Lt. Cruz receiving a kiss as payment for his assistance,” states the NBPD Facebook page. “Community Policing is paramount and the true reward of this profession.”