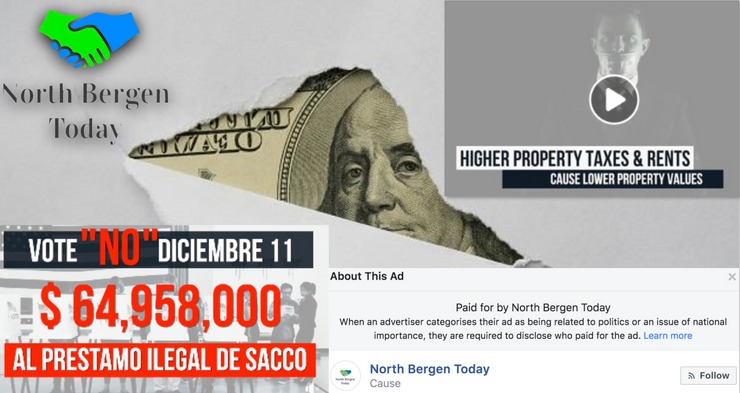 Until seeing a recent sponsored post against the Schools Realignment Plan, it seemed the page had been a source of reposting news and videos that are mostly anti-Sacco. The post is sponsored in both English and Spanish, you can watch the advertisement below:

The sponsored post takes a stance on a ballot measure, but lacks any disclosure regarding who paid for the political advertisement. A NJ Election Law Enforcement Commission representative indicated to HudPost by phone that the advertisement itself might constitute a campaign ethics violation due to lack of disclosure.

The issue is that North Bergen Today doesn’t have a website identifying who exactly the publisher is. We sent a message to the page asking the administrator to identify themselves and who paid for the sponsored posts. The message was “left on seen,” but the administrator declined to respond in a relatively timely fashion.

This leaves us wondering – who is behind North Bergen Today?