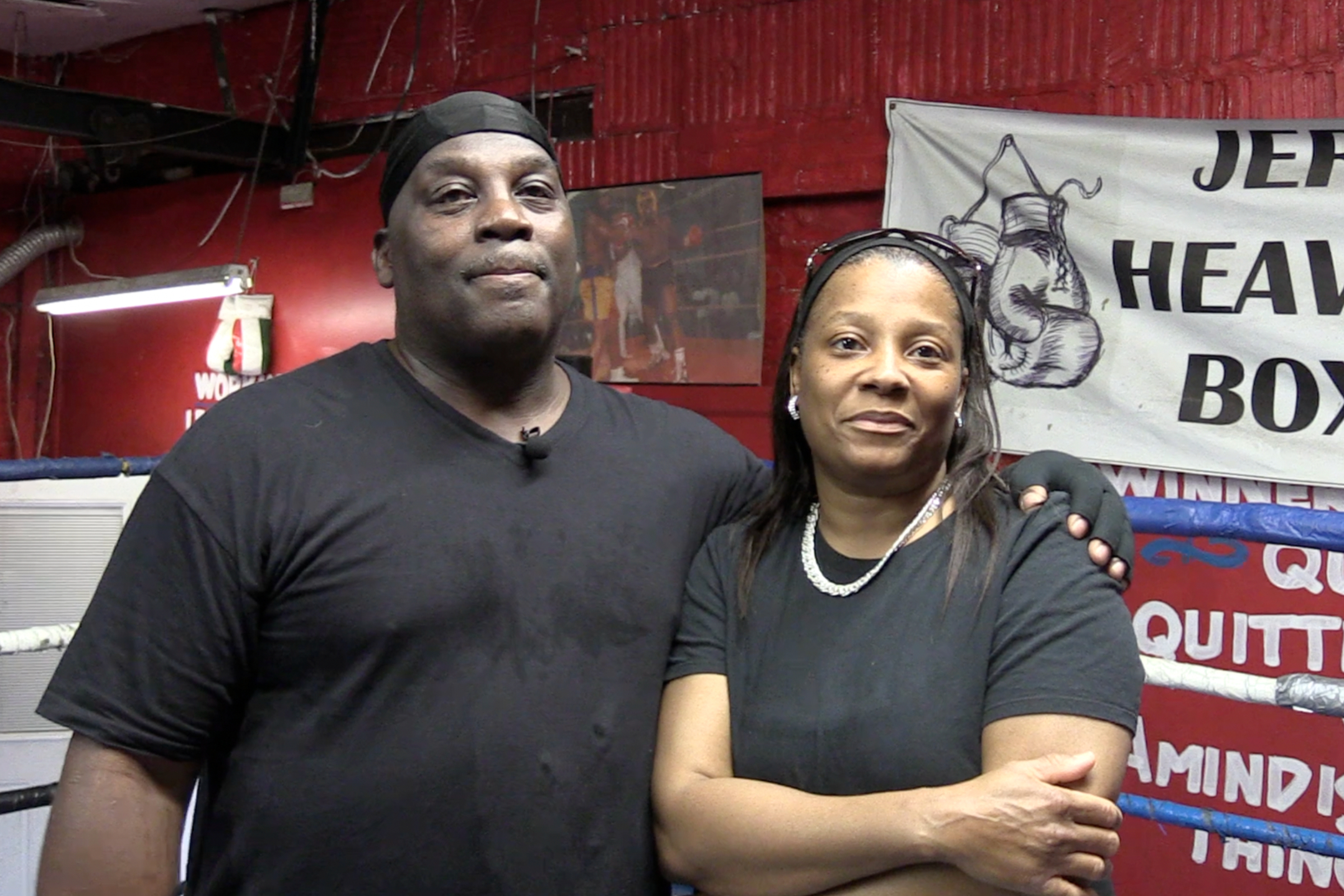 Jimmie Baxley is a Heavy Hitter in the boxing ring with a rap sheet that certifies he’s an O.G. Known to many as “Jaye U,” his street credentials in Jersey City are unquestioned, but now in his 50’s, Baxley and his supporters say he’s changed his life for the better.

After being in-and-out of prison for twenty years, due to manslaughter and drug trafficking convictions, Baxley has owned & operated Heavy Hitters Boxing Gym for the past decade. On top of training young boxers for elite-level competition, the gym serves as a safe space to deescalate conflicts that can quickly erupt into gun violence.

The reputation Baxley built was knocked down in January 2019 when the Hudson County Prosecutor’s Office (HCPO) charged him with sexually assaulting underage family members. Despite the disturbing accusations, which allegedly took place between 20-25 years ago, Baxley said those that really knew him never left his corner.

“People that know me, stood by me,” Baxley said. “Those who didn’t know me, who don’t know me, I expect the worst from them. I expect for them to assume because I might’ve did the same thing.”

For over three years, Baxley was fighting the charges and preparing for trial. He claims the allegations were part of a pattern of harassment & personal attacks against him, his wife, and his sons by the alleged victims.

“We’ve been going through things for a minute with these people,” Baxley said regarding his accusers. He claimed they hate him for being absent during most of their childhoods and are jealous of his current life (which they haven’t been fully apart of).

Baxley’s attorney, James Lisa, said the HCPO had “real problems” with the allegations, but “erred on the side of caution” by prosecuting the case.

“He provided me with the evidence,” Lisa said about Baxley. “That convinced me, and a lot of the state to be convinced, that there was no sexual misconduct whatsoever.”

Ultimately, HCPO Asst. Prosecutor Saurabh Singal offered a plea agreement that 1) downgraded Baxley’s charges to disorderly persons offenses; 2) dismissed all allegations of sexual misconduct; and 3) basically resolved the case with a small fine. Baxley says his wife, Kistine, forced him to take the deal – instead of going to trial – so they could move on with their life.

Although the gym’s operations weren’t impacted by the allegations, Baxley acknowledged his reputation in the community was under attack. The boxing coach claimed his plans for a recreation center were scrapped due to attacks by activists competing for similar grant monies.

“On a personal level, I would never deal with them again,” Baxley said about those activists. “But as far as trying to help the youth, stop the violence, bring peace in our communities, I could work with anyone that’s willing to work.”

In the end, Baxley says his reputation may’ve been tarnished by the allegations, but his character never changed.