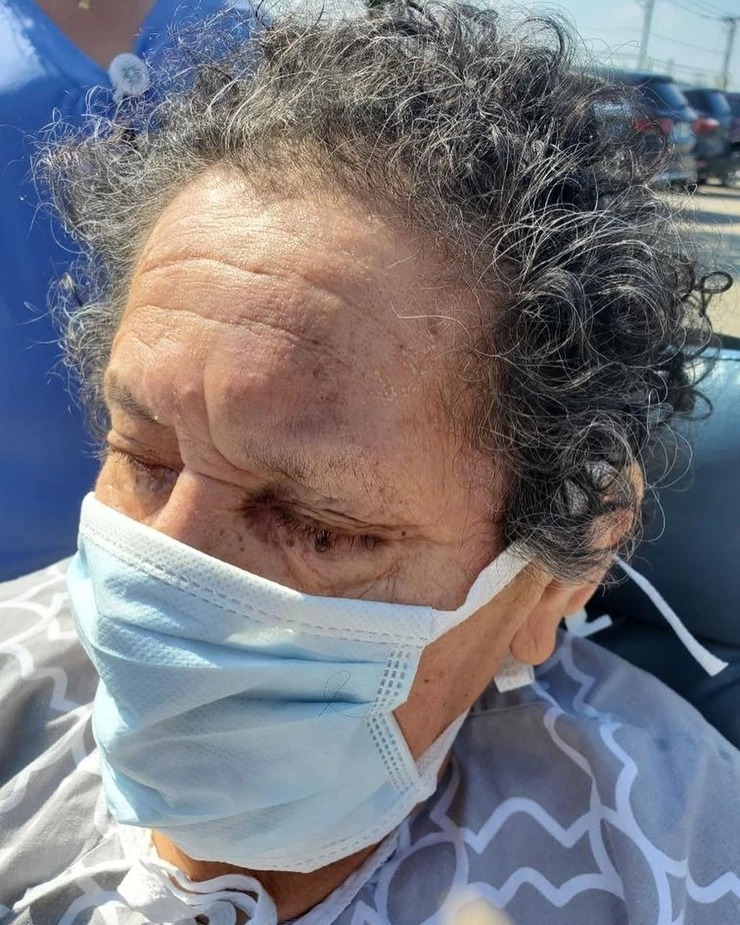 Gloria Garcia is rehabbing from hip surgery at Harborage Rehab Center in North Bergen, New Jersey, where she was allegedly neglected from proper care and physically abused.

Garcia’s daughter, Vanessa Miranda, and family have gone public with reports of abuse and

negligence. The family seeks justice not only for Gloria but also for others who have reached out and claimed family members have received physical abuse at the same rehab

Miranda explains that her mother has stayed at two rehab centers in North Bergen, however, things got serious when Garcia was transferred to the Harborage Rehab Center on June 24th which is associated with Palisades Medical Center.

She explained that no one at the rehab center could give her answers as to what happened to her mom. Miranda says her mother sustained bruises to her forehead, a swollen arm, a black eye, her left hand was very tender to the touch, and unable to move her fingers.

“They didn’t have an answer for me. No one had anything to say, they were very confused. It’s like they have never seen this before. No one could give a straight answer as to what happened.”

Miranda says a nurse called her saying her mom hit her head on the bed the night before.

Miranda explained a few other incidents in which her mother wasn’t getting the proper care and how the workers at the Harborage were negligent towards her mother.

As an example, Mrs. Garcia is hearing impaired, she cannot hear very well from both ears and she needs a hearing aid. It is alleged that Harborage Rehab Center staff would forget Mrs. Garcia’s hearing aid during visitor hours.

“Why do you bring her to a visit knowing that she relies on her hearing aid without her hearing aid. It took them like ten minutes to actually find the hearing aid and bring it down and then I only had five minutes with her. It’s been more than one issue already.”

She went on to say that these careless and negligent acts have been going for years and no one has done anything.

“I’m not going to stop till I do something about it. These are the people that raised us and

now it’s our turn to take care of them and make sure they get justice.”

To note, Harborage Rehab Center has one of the highest numbers of residents with confirmed cases of Covid-19 in the township with 134 residents diagnosed with Covid-19 and 59 staff members as well.

Miranda’s cousin and Garcia’s granddaughter, Celena Garrafa said that all they want is

justice for her grandmother and for people to know of what goes inside the facility.

“Elderly people are getting abused during this epidemic and getting taken advantage of and it’s not fair. Why take advantage of people who can’t fight for themselves?”

they’re taking longer than usual. When asked what actions she and her family plan to take and what good she hopes comes out of this unfortunate situation her family is going through, Miranda said she filed a police report with the North Bergen Police Department and that they have said the situation is under investigation. Also, she received notice from Gloria’s health care that they will open an investigation.

“We’re definitely taking legal action, we’re putting my mom’s story on social media. We want to get it out to as many people as possible just because this is not only happening to her. Just from sharing our story we had other people reach out to us with similar stories about the same or similar facilities.”