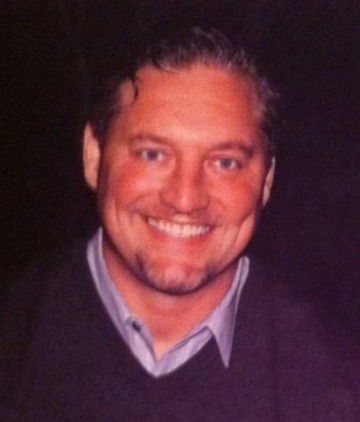 My name is Gregg Ascolese and let me start off by saying I am not a food critic or a writer. I was asked by James de los Santos, HudPost publisher, who is a friend and former football player on the team that I coach in the early 2000’s. James, or as I call him ‘MJ’, asked me to write a top five or 10 pizzerias in North Bergen list.

This I feel is a loaded question but I am honored.

My experience is based on a show I hosted on Facebook Live called Pizza Time. The show was about Pizza and Love, produced by Chris DePierro. It was also co-hosted with a slew of friends and relatives.

I would love to rip the Band-Aid off and drop 5 places but it goes much deeper than a rating.

I can just try from a year of shows what I gathered.

North Bergen is a strange demographic that’s always changing. The cliché term would be a melting pot. It gets even deeper than that. People from “the Berg” speak of cardboard ice teas, chicken calzones, shrimp sandwiches with swiss, lettuces, tomato, oil and vinegar on a hero role gutted, Rustico salads, spicy mussels, chicken and meatball parms, a number 2 in the oven, Sicilian square and round.

Let’s not forget about the beverages! Soda, cardboard containers held together with a clip, Coke, Diet Coke, some carry Nestle, and some carry Snapple. They had pizza boxes that had a discount cut out to get you a free 12th pie. Just when you thought it couldn’t get better…Some had little doll house tables keeping the box off the cheese.

People from big companies try to smash the Mom and Pops, and I wish I could tell you that they all stood the test of time, but they didn’t. Dominos had a thirty-minute delivery or half off. Pizzeria Uno had breadsticks. I never went to a Little Caesar’s maybe because “The Berg” didn’t have one.

We North Bergenites might have been misled for a second but that didn’t let us fall for the nonsense. We knew what frozen taste like and if we didn’t know, we know now. After the haze of processed cheese, and sausage that looked like rat-turds wore off. We went back to good people who make good food. Unfortunately, by then we lost a few. Sad, but some weathered the storm here in “the Berg” and some didn’t. Not saying they all fell for that reason but like people in “The Berg,” we all have flaws. That being said with every action comes a reaction.

On my quest to find North Bergen’s best pizza, I start off on the border of Fairview/North Bergen, Angelos New York Style Pizza. They have all these different style slices, think the Village in the 80’s and 90’s cheesesteak slice, Marsala slice, etc. Soups are great, bread is fresh but no parking.

Head towards Kennedy towards 86st Roma’s on opposite side. Our show Pizza Time revealed that it was the favorite of everyone in the Berg. The chicken calzone can’t be explained and I wouldn’t even try. Pizza and soups are great. They have a few different items you wouldn’t find anywhere else; strambone, spinach and cheese calzone. Still no parking but a great delivery place. Be prepared to wait at least 55 minutes but it’s worth it!

Now we’re rolling along to 79th and Bergenline is a Neopolitan Pizzeria Restaurant called Trattoria La Sorrentina ; I call it the freshness nightlife movement.

I can dazzle you and pretend I know what I’m talking about but we are from North Bergen and you will see right through it.

We can call it Napolitano, which has subsidiaries like margarita, margarita extra, marinara, coal burning, wood burning. Less carb more freshness. La Sorrentina is a great place but way better food then Pizza. Always packed which is good but I drive by. I would recommend a family gathering with mussels and wine. Everything is great but the crowd. Pizza is amazing for pick up and the owners are wonderful.

I drive by and down 77th to Broadway make a right and look in on Aumm Aumm, parking sucks and the lights burn your eyes but if I ever wanted to eat outside this is your place. I don’t so it doesn’t matter to me. The Art Deco chairs are tight and sharp but the crowd is cool. Great food but sometimes the specials aren’t priced and you get buried for a piece of Salmon. The Antipasto is fresh and if you go around 5 o’clock they put out awesome apps for the patrons. The pizza has a lot to offer and the atmosphere is amazing. Owners and staff are the best and it’s a fun experience. You can double park which gives it a neighborhood feel.

I keep driving down Broadway towards Palermo’s but once again parking sucks. I like the food but it’s better to order delivery. They have a bar with no footrest which hurts but they have a side dining area but the young waitresses forget you are in there. Great New York pizza and Rustico salad. Soups are off the hook! Stracciatella in particular.

But I keep driving I make a left on 72st and head back up Boulevard East to Bulls Ferry Road. Head down towards the river to another Napolitano Pizzeria called Porto. Nice little-hidden spot on old River Road (they make 13-inch pizzas which helps you not overeat.) Again great owner and courteous staff when they can speak the language. It’s Italian but they have some Latin spicy foods. Easy to find parking and a very friendly place. Not a big menu but a quality menu. Perfect to chill and relax and forget you are in “the Berg” if you’re looking to hide.

When it’s still nice out and want to keep driving I turn around and drive River Road to about 60st street and head up to Bergenline Avenue towards our West New York cousins and go to Sal’s Pizzeria. Bar in the back and the chicken marsala over capellini is insane. Mostly find North Bergen people there and the West New York people are aces. Everything on the Menu is good. Lots of parking in the back but the numbers in the spots are worn away so you need to count down from ones you can see. Besides that, you won’t be disappointed.

So there it starts at 91st Angelos then drive to Kennedy Blvd 86st Roma’s then make a left on 79st to Losorentinos then stay on Bergenline to see Gandopho quick left down 78st then a right on Broadway and check out Aumm Aumm the go three blocks up and see Palermo’s then a left towards Blvd east down Bulls Ferry and a left on River Road towards Porto which is an old Fire House. Then if it’s still nice out go to Sal’s on 61st Bergenline.

But if it is a list that you insist on…in no particular order;

Remember this is coming from a guy who cares about parking, sharp chairs, bright lightbulbs, worn out numbers in a lot, and most importantly Love.