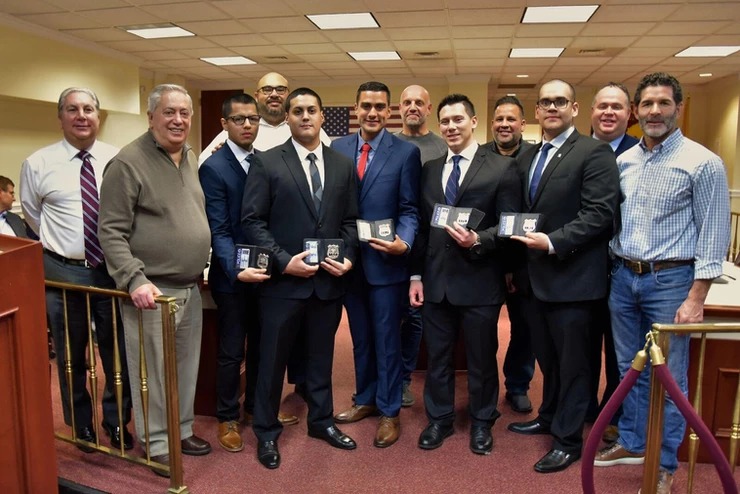 Sacco detailed the great strides the police department has made since he first took office.

“It’s great to see our police department continue to grow and the Mayor and Board of Commissioners are fully committed to keeping North Bergen safe by making sure our officers have the resources and manpower they need,” said Commissioner Pascual.

“With the Mayor’s guidance and leadership the North Bergen Police Department is among the most diverse in the state and it is a true reflection of the community we protect and serve,” said Chief Dowd. “I would like to thank Mayor Sacco, Commissioner Pascual and the entire township for their continued support for the North Bergen Police Department.”

The new officers begin the Bergen County Police Academy later this month and Chief Dowd spoke of his own experiences there 25 years ago, when addressing the families in attendance, and how home-cooked meals from his mother and his father taking his uniform to the dry cleaners meant all the difference in the world to him.